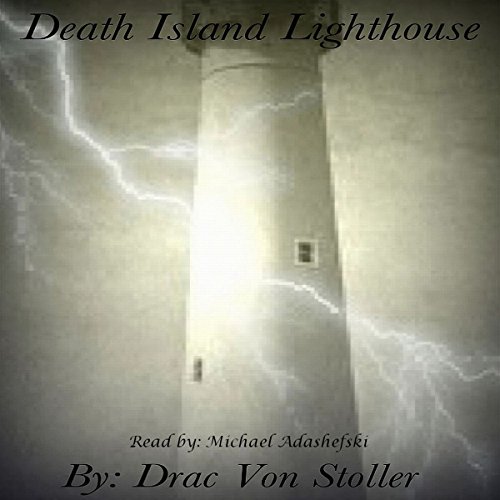 By: Drac Von Stoller
Narrated by: Michael Adashefski
Try for $0.00

Seth Harrington always dreamed of living in a mansion with an ocean front view. He knew that this dream would only be a dream if he didn't finish school and become a doctor. Seth was finishing up his last semester in college and his dream was closer to becoming a reality. Finally, his graduation day was here and as he walked across the stage and his diploma was placed in his hands, he said, "I made it, thank you so much," as he shook the President of the Colleges hand. Seth's private practice was flourishing and now that he had enough money saved up, he took a couple weeks off from his practice to find his beautiful mansion with an ocean front view.

After about a week of searching and frustration Seth was ready to board the next flight home. Just as he was about to give up and turn his car around and head back to the airport, he decided to go down one more road. And thank goodness he did. There stood in an isolated area the most beautiful mansion he had ever seen, just like one he'd been dreaming about. Seth started tearing up and said to himself, "If I would have given up my dream would have vanished in the ocean's breeze."

Seth pulled up to the mansion and stepped out of his vehicle and as he was canvassing the area he noticed a lighthouse about a couple of hundred yards away from the mansion. Seth said, "That's cool a lighthouse, I wonder if that comes with the mansion." He wasn't even sure if the mansion was for sale because he didn't see a For Sale sign in front of the mansion. The reason he didn't see a For Sale sign is because the sign fell over and was buried in the sand. The previous owners left a couple of years ago in terror. They took nothing with them just the clothes on their backs. Food was left on the kitchen table as though it was still occupied and the furniture was still in place. As Seth was strolling through the mansion he noticed a note next to the telephone in the study. Being curious, he picked up the note and read it. The note said, "If you should be interested in purchasing the mansion call this number below. If you are wondering why food was left on the kitchen table and all the furniture was left behind, a death in the family kept me out of the country and would have been too expensive to ship all the furniture out of the country. The furniture stays along with the lighthouse. If you're serious about purchasing the mansion, just call the number below and I think we can work something out."

Seth was so excited that he didn't care if what he was reading was a lie. He wasn't about to let his dream slip out of his fingers. After discussing the purchase of the fully furnished mansion with the owner over the phone, Seth sat down on the couch trying to take in what had just happened and said to himself "Dreams really do come true." Seth's dream of a lifetime would come crashing down like a hurricane because of what was lurking inside the lighthouse. If Seth only knew the real truth, he would have just turned around in his car and let this dream fade in the waves.