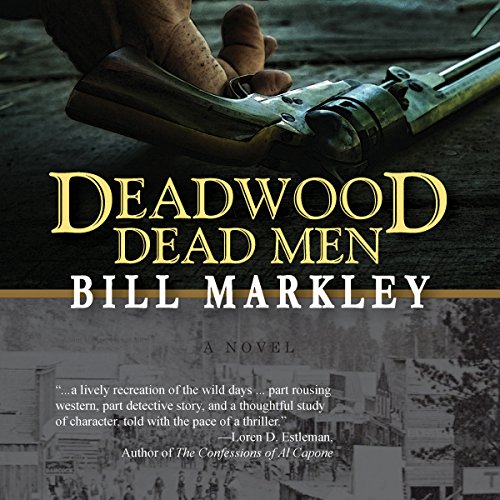 By: Bill Markley
Narrated by: Bob Rundell
Free with a 30-day trial

In August 1876, Jack Jones, a reporter for a Chicago newspaper, is assigned to write about the doings of Deadwood, Dakota Territory - a lawless gold camp in the Lakota's Black Hills which draws prospectors and many colorful characters. After the shocking murder of an acquaintance, Jones begins investigating an entire string of murders that begins with wild Bill Hickok and leads Jack down a treacherous trail that has him wondering if he won't be next.

narrator could use some work. choppy and robotic. had to return as i could not take anymore.