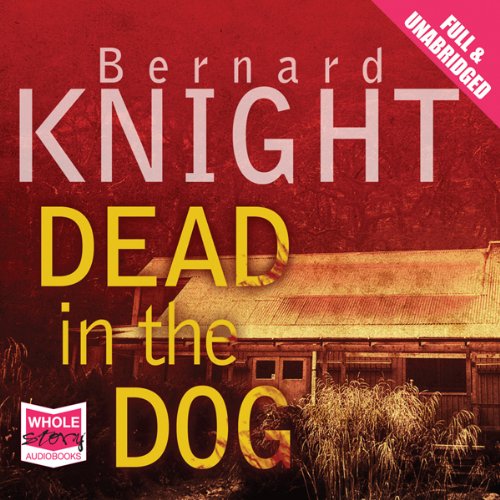 Dead in the Dog

Dead in the Dog

A fifties murder mystery set in Malaya from author of the popular Crowner John books. Arriving in Singapore, newly-qualified pathologist Tom Howden soon discovers that his new home is a hotbed of scandal and intrigue. When an English planter is attacked one night, the finger of suspicion points at local bandits. It soon becomes clear, however, that the situation is far more complicated - and deadly - than it first appeared. Tom Howden's newly-acquired forensic skills are about to be put to the ultimate test.

Murder in the malay emergency

What did you like most about Dead in the Dog?

As usual Bernard Knight writes an authentic tale, about a young pathologist in Malaya during the emergency in the 1950s. Although told at a gentle pace you get a real feel for the lives lived in the last years of British involvement.I got the feeling much of the experience was autobiographical?
Well narrated.

A novel set in a forgotten time

Have you listened to any of Gordon Griffin’s other performances? How does this one compare?

No just easy listening and a good story

The depiction of ex-pat life in Malaya in 1950's was more interesting and memorable than the murder mystery plot at the heart of this novel - I really enjoyed being immersed in the rubber planter's lifestyle, the Communist Terrorist activity and the British Army occupation of the time, and the relationships with the locals. It is a glimpse into another world of the past. My enjoyment was marred by the narrator who seemed not to have pre-read the book and frequently misconstrued the sentences, wrongly accenting words and phrases in a very annoying way - rather surprising as he is otherwise a very talented narrator and does the various regional accents of the characters really well, bringing the story to life. Unfortunately he seemed to struggle to make sense of complex sentences!