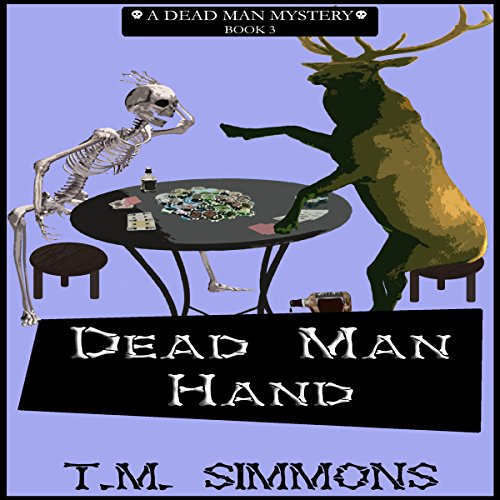 Alice, Twila, Granny, Jack, Trucker, and Miss Molly are at it again, this time in a haunted hotel in Red Dollar, New Mexico. Shades of the Wild West, the ghosts are carrying six-shooters! The villain is armed with black magic, and there's no escape for anyone during the ice storm.

Alice keeps telling herself this is Twila's gig, and she's only here to back up her aunt and mentor as they discipline some rowdy ghosts. But she and Granny and the pets are on their own when Twila's plane gets delayed. It's not the ghosts she's worried about, though. It's when she discovers the newly-dead woman in the hotel, and realizes someone has stolen the poor woman's hands, that she starts having misgiving. Here she is again, smack dab in the middle of another murder investigation, when she only signed on for free room and board as a reward for making a few disruptive ghosts obey the rules of ghostly behavior.

Twila rides in to do her share about the same time as Jack, Alice's ex. Even in the huge hotel, the quarters are too close for Alice to avoid remembering how she and Jack might be heading toward a friends-with-benefits twist to their divorced state. The villains are forced to step up their pace, though, with a homicide detective on the premises and the hand-less ghost who might expose their dastardly plans.

A ghost story with a hotel haunted by a handsome gambler and more. A fresh murder complicates the love stories in the ghost's lives. There's even love amongst the animals...oh, wait. That's not love. That's rut. Anyway, plenty of intertwined romance.

Whilst in some places this book tends to the unrealistic (the chaste relationship between Alice and Jack as divorced people), the rest of the story is great. I like the way it is narrated and the different supernatural themes that are within the whole storyline. A good feel good read for any time of the year, especially if you need to unwind