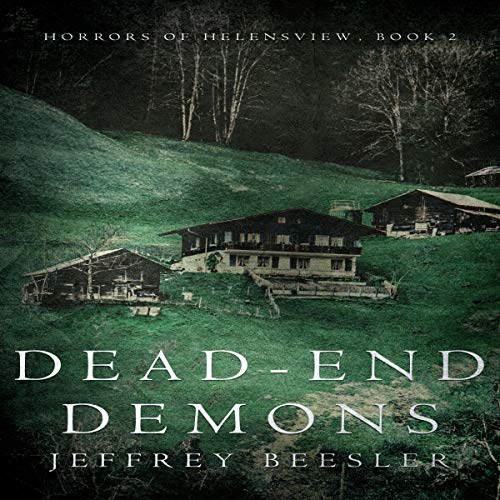 By: Jeffrey Beesler
Narrated by: Matthew Raftis
Try for $0.00

Not every Demon is a monster. Not every person is a human. Either one could kill Dylan Weaverson.

Five years have passed since Dylan's brother, Chase, died in an explosion at Gus Peddle's gas station in Helensview. Since then, Dylan has vowed revenge on the Demon nation, starting with a dark alley slaying of a gambler Demon. Before the cops catch him, Dylan begins to drive back to his farm outside Grain's Plains, rescuing gas station owner Gus Peddle along the way.

But the past will not die. It isn't long before the gambler Demon's corpse turns up on Dylan's farm under bizarre circumstances. After he buries the body, a group of Demons then kidnap Dylan and drag him back to their farm near Helensview.With everyone holding secrets from him, Dylan must figure out who's a friend, and who's not. And just when he thinks he knows for sure, the truth may very well kill him.

What listeners say about Dead-End Demons (Horrors of Helensview)

Good story with good narration. Good not great, but worth the time.

If you read/listened to the first in the series and enjoyed it enough to want to hear more, you’ll likely enjoy this one just as much. Beesler’s style is pretty unique. It’s quirky and reminiscent of old-school pulp from the golden era of sci-fi. It’s a great story.

Can I shoot Peddle?

Dylan wants some pay-back for Chase’s death at the gas station. The olden Beaver Casino gave Dylan the opportunity one night. Unfortunately for Dylan, the deceased family did not sympathize with him. Captured and held captive, Dylan goes through some changes and makes some surprising discoveries. That pain in the butt Peddle is still alive and still a pain; making trouble and scheming. The tale has a few twists here and there, but honestly, I enjoyed the first book a bit more. Not to say this volume is bad; it a bit slow starting but gets better as the plotline develops. I was given this free review copy audiobook at my request and have voluntarily left this review.