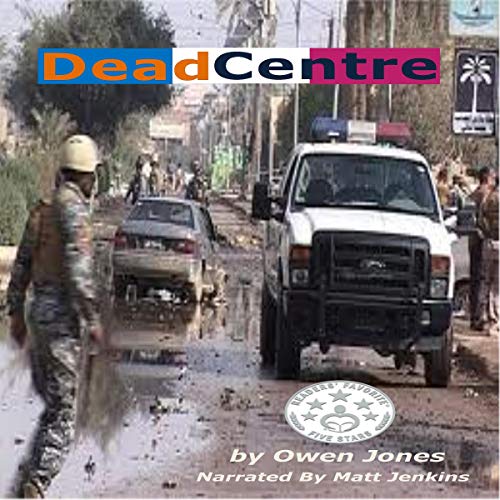 By: Owen Jones
Narrated by: Matt Jenkins
Try for $0.00

When a suicide bomber detonates his vest in Scheherazade's, an up-market department store in Baghdad, the first reaction of the Iraqi authorities is to treat it as a normal act of terrorism and hand it over to Captain Allawi of the Iraqi National Police.

However, while routinely inspecting the video footage from the store's security cameras, a sharp-eyed, young police officer notices that the suicide bomber is not all that he makes himself out to be and this leads the investigation down a path that no-one had ever considered possible before.

The consequences of this new form of terrorism are horrific.

Then, over a short space of time, six other crimes involving suicide bombers occur that are inexplicable unless thy are seen in the same light as the Baghdad bombing. This leads the police forces of six other cities - Marseille, Essen, Belfast, New York, London, and Los Boliches - to work together under the umbrella of Interpol to put an end to this new criminal gang.

A twist comes when the police realise that there are several motives for the suicide bombings, but because the perpetrators are unpredictable, it makes apprehending them impossible.

Their only viable tactic is to concentrate on the source of the bombers themselves, although they obviously all die in the raids. The case starts to look hopeless.

Despite numerous breaks-through, the combined police forces, loosely headed by Captain Allawi, fail to make any serious headway, so they ask the Chinese government for the assistance of their Internet experts, because they are widely believed to be the best in the world.

The Chinese, with some help from the Latvian and Argentine authorities, trace the gang's probable headquarters to "West England", but when their British counterparts examine the data, they pinpoint it to West Wales.

The SAS is called in from Hereford, when it is realised that ex-military personnel are probably involved in the bombings because of the style, the planning and the precision of the attacks. The SAS soon narrow their operations down to a lonely farmhouse located outside St. David's in Pembroke, southwest Wales.

This sets the scene for the final battle to stamp out the leadership of the gang.

Dead Centre is a fast-paced action thriller that will keep you guessing until the end. The story takes place in nine countries and dozens of cities.

However, as the saying goes, when the SAS are called in, you know it's getting serious!

An honorary member of the 'Costa del Sol series.

What listeners say about Dead Centre

A plot of a suicide bomber, more was to this one when they had more suicide in other places. Interesting to figure out what leds them to do this and the purpose they hoped to achieve.
Given audio for my voluntary review

wow, wow, wow what a totally fantastic audiobook from the pen of Owen Jones and brilliantly narrated by Matt Jenkins. it is fast paced and truly engaging xxxxxxxx

This is a superb book, well defined characters and a very intriguing plot. Matt Jenkins does a brilliant job of the narration, the number of different accents he uses in the story is great, he certainly nailed all of them impo. Highly recommended read. *****
This audiobook was given to me for free at my request and I provided this voluntary review.