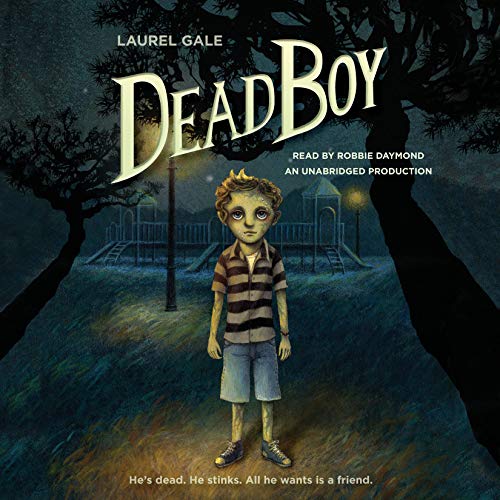 Fans of Neil Gaiman's The Graveyard Book will embrace this darkly funny debut novel about Crow, a dead boy who has a chance at friendship - and a chance at getting his life back.

Crow Darlingson may be dead, but he still loves air hockey, bowling, and drawing. Like other kids, his mother makes sure he finishes his homework, and he always looks forward to Halloween.

But Crow Darlingson isn't like other kids. He stinks. He's got maggots. His body parts fall off at inopportune moments. And he hasn't been able to sleep in years: not since waking up from death.

Despite the maggots, Crow is lonely. When Melody Plympton moves in next door, Crow finally has a chance at friendship and a shot at getting his life back from the mysterious wish-granting creature living in the park. But first there are tests to pass. And it means risking the only friend he's had in years.

Debut author Laurel Gale's story about friendship fulfilled may be the most moving - and most macabre - yet.

"A stinky creepy tale for anyone who's ever felt like an outsider." ( Kirkus Reviews)
"Gale takes readers on a dark and surprisingly funny journey.... A great recommendation to middle grade fans of dark humor." ( School Library Journal)

Super original and a pleasant ending.

I knew I wanted the tale when I saw the cover but I never imagined such a great story. Daymond's voice fit the book and made it easy for me to listen when walking, cleaning and soaking in my tub!