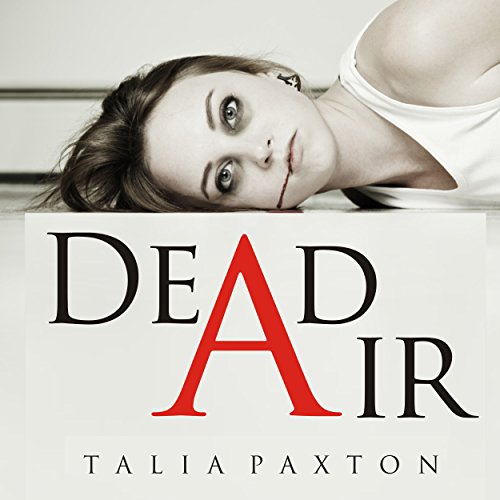 By: Talia Paxton
Narrated by: Roberto Scarlato
Try for $0.00

David Docherty helmed the six o'clock news on KRBT when reports of a mall shooting took over his broadcast. When a girl trapped inside the mall calls the station to give her a report, she goes from witness to victim live on air.

Dead Air is the story of how tragedy and sudden fame can affect everyone involved in the event. It is the story of David, a reporter, whose live newscast of young Maisie Hughes' death becomes a viral sensation. His guilt is in conflict with his desire to use the event to further his career. At the same time it is a story about the Hughes family: mom, dad, and middle sister. They are thrust in the spotlight where the private family is forced to reveal painful secrets and deal with their loss all under the public's scrutiny.

What listeners say about Dead Air

Could be happening right now

This is one of those books that I absolutely hate to read. As a funeral director I deal with death every day, and tragedy is commonplace to me. This is why I tend to stay away from realistic things such as this, it hits too close to home. So, I try to just hit things that can never happen such as fantasy, sci-fi, or paranormal horror. As much as I didn't want to read this, I did, and I have to admit it was a compelling emotion driven story.

You have a girl who dies on air, and a conflicted reporter who is involved has to decide if he wants to launch his career on the back of this death, or be moral and "not". It also deals with a lot of other "heavy" issues. The entire book is an emotional rollercoaster. I can easily see this happening today, whether at a school shooting or in another similar location. What do all the parties involved do to deal with this event? I will say that the emotions in this book are raw and real. You feel them as much as the characters do. This is not a book that you will put down and walk away from; it will stick with you and whenever you hear of something similar happening on the news you WILL think of this.

As much as I hate to admit it, this was a fantastic book, and it was hard to stop listening to once I put it on. Part of that is because of the gravitas that Robert Scarlato puts into his readings. The man can narrate, and it feels like this is his story to tell. He really fills it with the emotional gravity that it deserves. I also blame him for making me read this book, because he is one of my favorite narrators and I will try anything that he does! So, Darn you, Scarlato!!!


If this review helped, please press YES. Thank you immensely!!!

Engaging story about the aftermath of a mass shooting at a mall and the effect the death of a witness to the shooting has on a number of people. I couldn't put this book down. It is one of the best I have read this year.