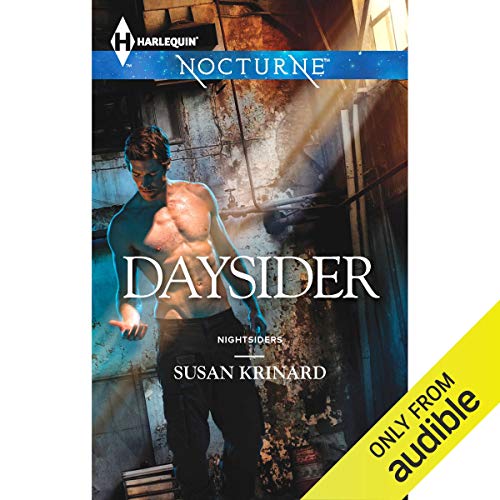 By: Susan Krinard
Narrated by: Carol Monda
Try for $0.00

Tensions between human and vampire factions are escalating. Peace hangs in the balance. And like two ill-fated stars, Alexia Fox and Damon are destined to collide. She's a seductive human operative on a mission to infiltrate an illegal vampire colony. He's a vampire and represents everything she loathes - and all that she desires. Their attraction is scorching, immediate... and could explode like the fragile truce they've both been fighting independently to preserve. Now the world's last hope hinges on their ability to work together. As enemies they are doomed, but as allies they just might save the world.

What listeners say about Daysider

Most Charleston books have nothing but sex I them. But this one had a really great story to get list as well