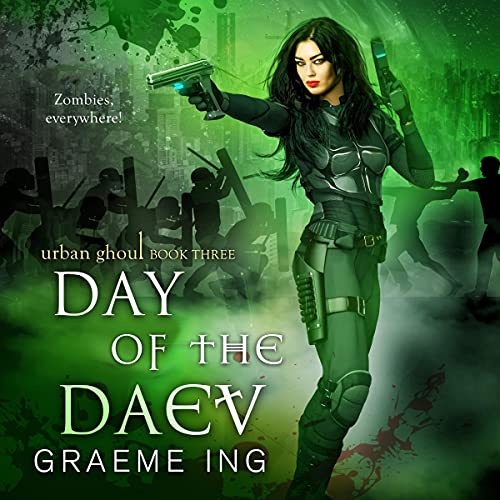 By: Graeme Ing
Narrated by: Dolores Miles
Try for $0.00

New Angeles, 2050. I’ve committed the ultimate sin. Disobeying my Family. For my punishment, they sent their assassins, the daevs, after us. We’re forced into hiding. However, that’s hard when someone’s turned everyone into zombies.

The appearance of both can’t be a coincidence. What’s the Family up to now, throwing the city into chaos?

Once I learn there’s a cure for the people of New Angeles, nothing will stop me from trying. I’ve already been tortured, humiliated, and exiled, but now, it’s time to fight back. I’ve had enough. I can handle the risks and the pain, but nothing prepared me for the horrific cost I must pay.

Day of the Daev is third in a series of four and a mashup of urban fantasy, dystopian, and cyberpunk.

What listeners say about Day of the Daev