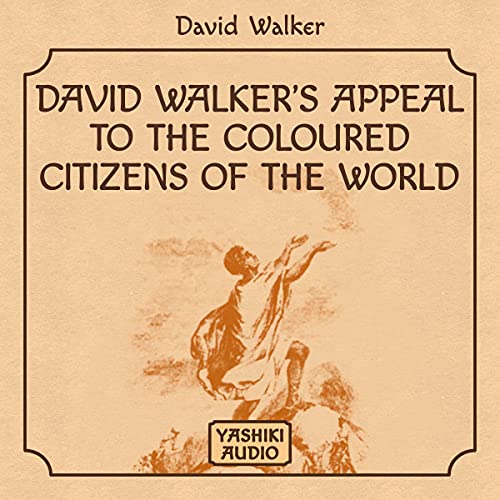 David Walker's Appeal to the Coloured Citizens of the World

By: David Walker
Narrated by: Warren Keyes
Try for $0.00

David Walker (1796-1830) was an abolitionist and anti-slavery activist. In 1829, he published An Appeal to the Coloured Citizens of the World, a call for black unity and resistance against slavery. Walker challenged the racism of his time, specifically targeting the American Colonization Society, an organization which sought to deport all free and freed Blacks from the United States to a colony in Africa. The Appeal described the detrimental effects of slavery and discrimination against free Blacks. The Appeal put the abuses and inequities of slavery in the spotlight and emphasized the responsibility of individuals to act according to religious and political principles.