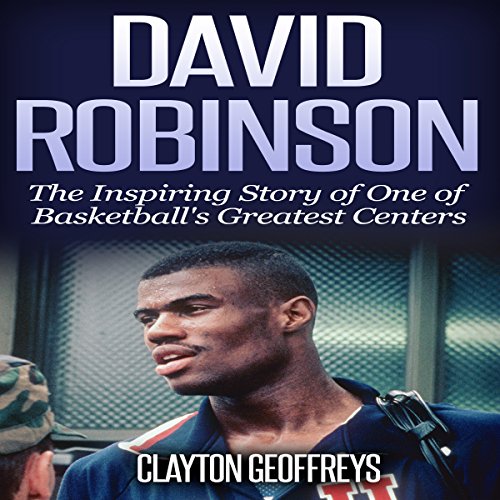 By: Clayton Geoffreys
Narrated by: Michael Hanko
Try for $0.00

In David Robinson: The Inspiring Story of One of Basketball's Greatest Centers, you will learn the inspirational story of one of basketball's premier 90s centers, David Robinson. David Robinson was the face of the San Antonio Spurs franchise before Tim Duncan succeeded him. In that time period, The Admiral was a force to be reckoned with, participating in multiple All-Star appearances, while also leading the Spurs to the 1999 NBA Championship.

A former league MVP, it was no surprise that David Robinson was inducted into the Hall of Fame twice, once for his NBA career, and once for his participation in the 1992 Olympics. In this book, we'll learn more about The Admiral's journey into the NBA, his impact on the game, and his everlasting legacy as one of the greatest centers to dominate the 90s era of basketball.

What listeners say about David Robinson