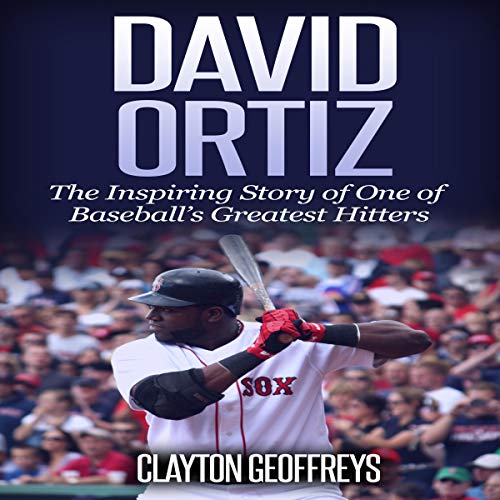 David Ortiz: The Inspiring Story of One of Baseball’s Greatest Hitters

By: Clayton Geoffreys
Narrated by: Andrew J Sholl
Try for $0.00

One of many riveting reads in the baseball biography books series by Clayton Geoffreys.

In David Ortiz: The Inspiring Story of One of Baseball’s Greatest Hitters, you will learn the story of one of baseball's all-time greats, David Ortiz. Ortiz spent the greater part of his two decade professional baseball career with the Boston Red Sox, playing influential roles in the 2004, 2007, and 2013 World Series championship runs.

Pick up this unauthorized baseball biography today to learn the inspiring story behind baseball legend David Ortiz! This is the perfect baseball audiobook for sports fans of all ages.

This baseball audiobook explores what makes David Ortiz great and what we can learn from his hard work.

Here is a preview of what is inside this David Ortiz audiobook:

Be sure to buy your copy of this David Ortiz audiobook today.

What listeners say about David Ortiz: The Inspiring Story of One of Baseball’s Greatest Hitters