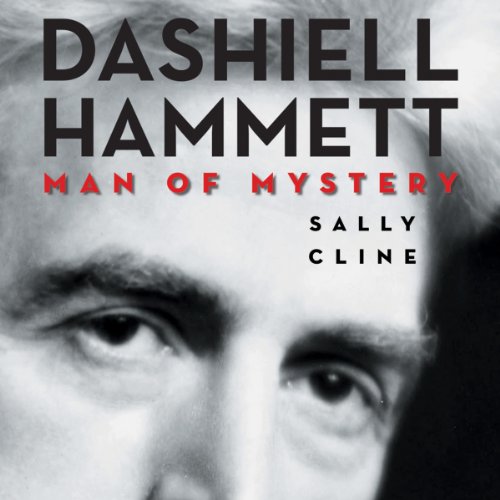 By: Sally Cline
Narrated by: Steve Baker
Try for $0.00

Dashiell Hammett changed the face of crime fiction. In five novels published over five years as well as a string of stories, he transformed the mystery genre into literature and left us with the figure of the hard-boiled detective, from the Continental Op to Sam Spade - immortalized on film by Humphrey Bogart in The Maltese Falcon - and the more glamorous Thin Man, also made iconic with the aid of Hollywood.

A brilliant writer, Hammett was a complex and enigmatic man. After 1934 until his death in 1961, he published no more novels and suffered from a writer’s block that both shamed and maimed him. He is identified with his tough protagonists, but his tuberculosis compromised his masculine identity and alcoholism may have been his answer.

A former Pinkerton detective who valued honesty, he was attracted to women who lied outrageously, most notably Lillian Hellman, with whom he conducted a thirty-year affair. A controversial political activist who stood up for civil liberty, he was also a very private man. In this compact new biography, Sally Cline uses fresh research, including interviews with Hammett’s family and Hellman’s heir, to reexamine the life and works of the writer whom Raymond Chandler called “the ace performer.”

What listeners say about Dashiell Hammett