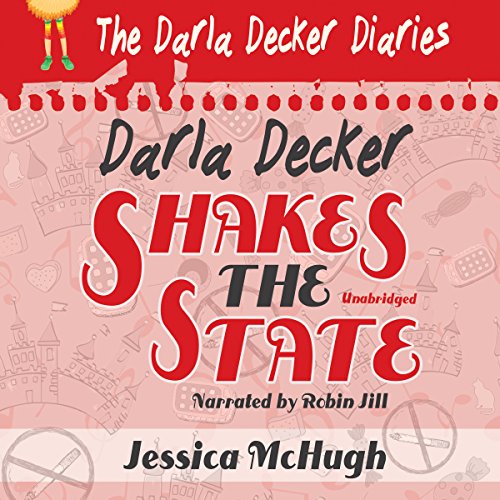 By: Jessica McHugh
Narrated by: Robin Jill
Try for $0.00

Seventh grade starts on a hopeful note when Darla Decker and the Fairmount Fifteen are invited to the State Show Choir Competition at Coaster Kingdom. Although she's made a no-dating bet with Nate, she's jealous of her friend Reggie's cell phone, and her parents are constantly at each other's throats, Darla remains determined to make seventh grade the best year ever.

Will the temptation of raising mischief be too strong for Darla? In the race to act like an adult, will she stay on the straight and narrow, or will she convince herself that bad deeds aren't bad if done for the greater good?

A frank and funny look at the path to adulthood, Darla Decker Shakes the State continues the journey of love, loss, and the nitty-gritty of growing up through Darla Decker's eyes.

What listeners say about Darla Decker Shakes the State

This is the third book of the series and I am still just as interested as I was with the first book. Jessica McHugh has once again done a superb job making us remember how it felt to be a pre-teen. This is a wonderful coming of age book & I'd recommend it to pre-teens, teens & adults as well.

This book was a pleasure to listen to and I would like to thank the author, narrator, or publisher for providing me this audiobook at no cost in exchange for my unbiased review & I look forward to listening to more books in this series & other books written by McHugh & narrated by Hill.