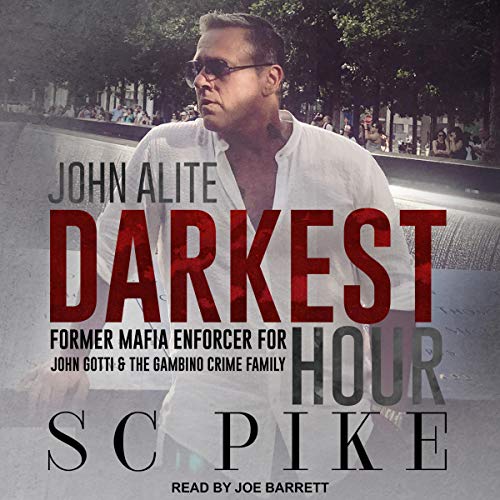 A college baseball scholarship was his way out of the inner city, but his dreams of going pro were crushed by an arm injury. John Alite was forced to return home to the only life he knew, where having to live on the streets of New York meant one thing - earning how to survive. He was driven. He was extreme. He was feared. But most of all, he was loyal.

From a young age, he found himself influenced by the wrong crowd. Enticed by the wealth, power, and prestige of the mafia, he immersed himself in a world that was foreign to most. A society where policies were enforced by instilling fear. Honor and loyalty were merely a misnomer. The cold, bitter truth was he was expendable, and his sworn allegiance was rewarded with betrayal.

On the run and unable to trust anyone, John was finally forced to confront his own demon - himself. Facing the harsh realities of who he was and what he had done wasn't pretty, and he had some serious, life-altering decisions to make - ones that would come with a price. Through a life of heartache, betrayal, and loss comes a story of grace, healing, and redemption.

I really wanted to like this book. I thoroughly enjoyed Gotti’s Rules, which was a thorough accounting of Alite’s days with the Gambino family but this book is sadly nothing more than the accounting of his childhood articulated by a woman who clearly has a thing for him— a childhood I consider fairly routine for a man his age growing up in a lower income in NYC. Which is fine, if that’s how it’s being presented, but that’s not how it was marketed. That said, if you’re looking for a shred of mafia content this book will fail you. I don’t think the name Gambino or Gotti was mentioned once in the book. A real failure and a real snooze, although narrator Joe Barrett kills it as usual.

This brings you to the part you purchased the book for. Nothing about the work performed for the mob. Very disappointed.

Wow…just, wow (and the good kind)

This is definitely not at all what you think it’s going to be. I’m almost certain the book after this one is what you’re looking for. You can honestly just not bother with this…book. I’m saying DONT bother with this … you’ll be disappointed.

A whole mob book about some gym sparing?

A whole mob book about some kids playing baseball and a few round-robin tournaments at the local boxing gym? No thanks. Put some of those “weight-lifters” on a wrestling mat or in an mma cage and see who prevails. Could’ve been a good intro if shorter, but way too much about crazy kids. Props for trying to work with youths nowadays. Much needed.

Absolutely nothing about his adult life at all. It’s all about his childhood and father

this sounded like it had potential, john alite supposed tone llinked too Gotti jnr foor a while, his story, but this drags along very slowly, and then ends before things start to happen, nothing about the mob nothing about when he was an adult, the story just stops just as its finally getting Interesting, steer well clear of those waste of time piece of rubbish

Listened to most of John's podcast's and must say how this guy is still alive we'll never know ?
Not leading that life anymore and helping other people not to go in the direction he went...Keep it going bro and massive respect to yah !

An enforcer for The Mob.

Yet another murderous turncoat saved by God after incarceration, yet this same rat's victims died seeking the same God's help.
Dont waste your time. As boring as a Bible and just as dishonest.