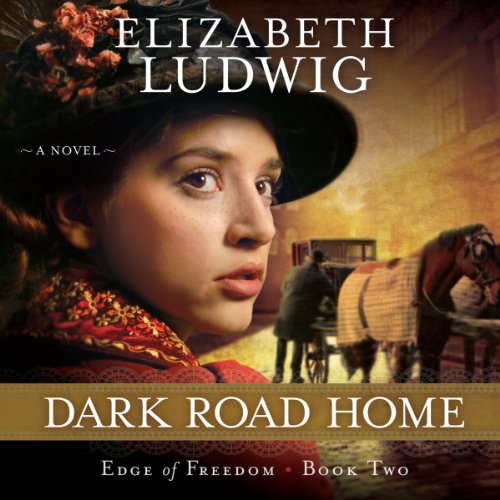 By: Elizabeth Ludwig
Narrated by: Eleni Pappageorge
Try for $0.00

The nightmares of her past have found Ana Kavanagh an ocean away.

Ana Kavanagh's memories of Ireland are mostly of fire and pain. As a girl she survived a blaze that left her an orphan, left her scarred, and left her angry at God. Now in New York, Ana finds a kindred spirit in Eoghan Hamilton, who's struggling with his own anger. His twin sister, Cara, betrayed him by falling in love with his enemy.

Cast aside by everyone, Eoghan hopes to rejoin the Fenians, an organization pushing for change back in Ireland, by securing information against Rourke, the man his sister married. Ana, Cara's friend, may be his best source, and despite the attraction he feels, Eoghan determines to use the girl's sweet nature to his advantage.

Adding to the danger is a specter from Eoghan's own past, one whose thirst for vengeance knows no bounds. Eoghan must choose which road to follow - bitterness or forgiveness - and where to finally place his trust.

I love this story with our Irish ancestors!!

Great story with history, intrigue, and God's love. Hope book 3 comes out in audio with the same narrator.

Second in the series- A+

My family is historically Irish, so these stories of legal immigrants is fascinating to me. Good character development. I now enjoy audible books:). I can do many routine things while listening... Thus the mundane is more fun.