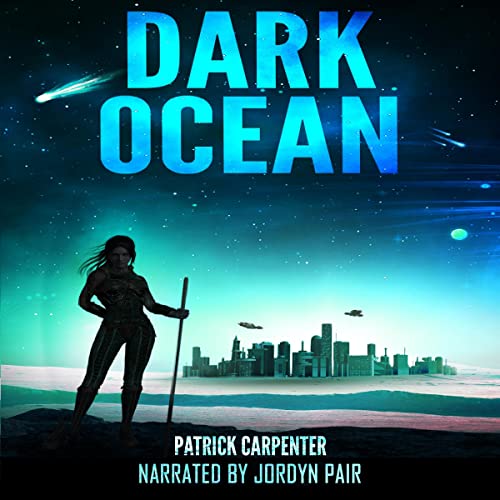 By: Patrick Carpenter
Narrated by: Jordyn Pair
Try for $0.00

Fans of young adult titles like The Hunger Games, Divergent, and Ender's Game will enjoy this dystopian tale of cosmic powers, fated meetings, and faraway worlds. Dark Ocean is full of deep, complex characters, and vibes that will remind you of epic sci-fi/fantasy adventures like Avatar the Last Airbender and Star Wars.

In a galaxy far from and long since the existence of Earth, Addy Palmer and her brother, Alex, struggle to live amongst the corruption and post-war chaos of the Sarian empire. Every day seems like just another pessimistic drop in the bucket for Addy. Then, one day, everything changes when Alex inadvertently discovers that he has a super-human power. This phenomenal event is witnessed by a man named Zach Brine, an obsessive and meticulous soldier from a secretive organization called “Prism”, binding the three of them together on an epic quest to discover the origin of Alex’s power.

]Along the way, Addy seeks to discover meaning in her life that was once defined by hopelessness and nihilism. Wondrous worlds, mystical creatures, and kindred spirits open her heart to all that is possible. Unfortunately, her journey also reveals a long repressed, tormented past involving a warlord who calls himself “The Fox”. Now awakened, Addy cannot take back what she knows. She must face dangerous battles and certain death to challenge her discoveries. Can she reconcile it all and find her true purpose? Will she be able to help Alex find his as well? Most importantly, can she do it without losing herself in the process?

What listeners say about Dark Ocean