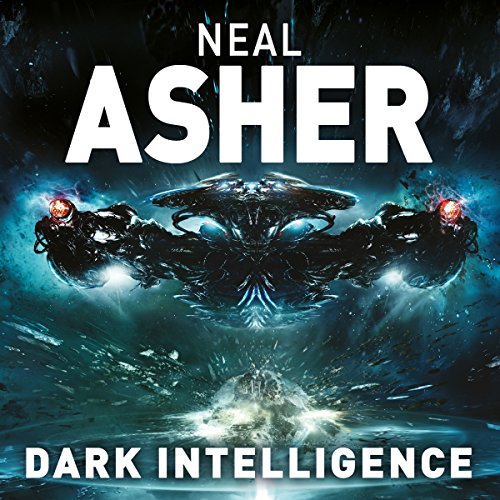 One man will transcend death to seek vengeance. One woman will transform herself to gain power. And no one will emerge unscathed....

Thorvald Spear wakes in hospital, where he finds he's been brought back from the dead. What's more, he died in a human vs. alien war which ended a whole century ago. But when he relives his traumatic final moments, he finds the spark to keep on living. That spark is vengeance. Trapped and desperate on a world surrounded by alien Prador forces, Spear had seen a rescue ship arriving. But instead of providing backup, Penny Royal, the AI within the destroyer, turned rogue. It annihilated friendly forces in a frenzy of destruction, and years later it's still free. Spear vows to track it across worlds and do whatever it takes to bring it down.

Isobel Satomi ran a successful crime syndicate. But after competitors attacked, she needed more power. Yet she got more than she bargained for when she negotiated with Penny Royal. She paid it to turn her part AI herself, but the upgrades hid a horrifying secret. The Dark AI had triggered a transformation in Isobel that would turn her into a monster, rapidly evolving into something far from human.

Spear hires Isobel to take him to the Penny Royal AI's last known whereabouts. But he cheats her in the process, and he becomes a target for her vengeance. And as she evolves further into a monstrous predator, rage soon wins over reason. Will Spear finish his hunt before he becomes the hunted?

This is the first volume in a no-holds-barred adventure set in Asher's popular Polity universe.

What listeners say about Dark Intelligence

Excellent start to a promising series

Another great novel by Asher. A little less action than in his other novels and you don't really see how the multiple plotlines relate until the end of the novel, but one particular corner of Asher's universe is expanded as a result, which I'm sure will factor majorly in the Polity universe as a whole.

Make sure you've read the other novels in the Polity before you read this one, or you'll be lost as to the significance of what brief background information is present in this novel, and the full implication of the events in this book on future series. For my money, this entire universe is the closest to Iain Bank's Culture novels that I've come across, so if you're missing that universe you won't regret the time invested here.

One of Ashers best

Splendid voice acting, with that a lesser story would also work. but the story is great!

maybe AIs are bit too human-like and dark AI godlike, but its a minor thing.

All to alien and foreign to keep up with

Loved the first Neal Asher book I heard, but this was so far in the future with alien / AI minds in constant flux, it did my head-in.
An amazing imagination, but I cannot visualise. However, cleaver use of words that gives you an idea of what he is talking about although never really explained.

Great story
Great narrator
All in all an amazing experience with a good look out for the rest of the series.

loved it worth a listen kept me entertained for 3days at work lol a must read/ listen.

I enjoyed the story. It had a lot of twists and brought everything together at the end with more food for thought.

A lot of the story is spent explaining events that have previously transpired. This became tedious quickly and I was eventually just getting through it. Not awful, which I know is hardly a recommendation but had the potential to be better.

Loved this book. Character and story depth amazing. Had me hooked from start. The story stayed strong to the end

The story over all was ok but jumped around a lot and felt fragmented as a result of this.

Asher does it again!

As always I couldn't stop listening to another tale of Asher's excellent Polity universe. it was a joy to be reunited with familiar characters such as Amistad, the inscrutable and disturbing Penny Royal and even The Weaver, the only sentient gabbleduck.
The story keeps unfolding yet keeps you guessing. More colour added between the lines of dramatis personae from previous stories really helps to answer some questions that always lingered whilst charging onward with a new/old theme. Action, conflict, mystery, introspection, dark humour, bad language, despair and hope all packed into another reliably satisfying tale; Neal Asher is a true star of SF and luckily for us the regular narrator brings his universe and characters to life perfectly.

Top Fucking Notch, as any one of the AIs or organic based characters would likely say and who am I to disagree? Enjoy!

Asher keeps you guessing until the last minute

very much looking forward to the other book's in this series after a barnstorming opener with a good balance of futuristic theorem and perspectives on how different zenobes may interact with each other.

Great story, enjoyable, interesting, and fantastic world building. If you like science fiction you should like this one.

A very good read, complex character interactions and a good story line. I was pleasantly surprised given I have not read Asher’s books before. Also, refreshing to hear a British accent - thanks Peter.

A really intriguing read, beautifully crafted. Looking forward to listening to the next one now.