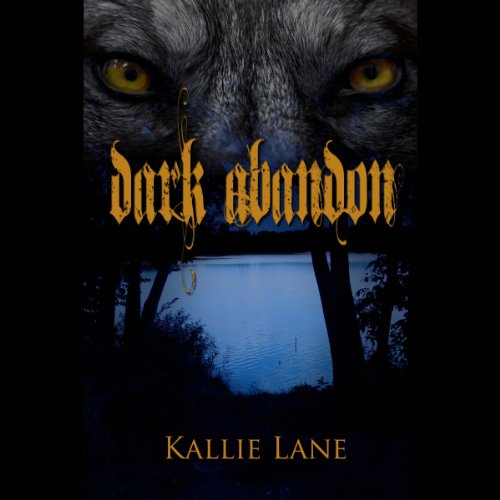 By: Kallie Lane
Narrated by: Henry McNulty
Free with a 30-day trial

Secrets from the past reveal a truth better left buried.... A message from beyond the grave exposes Melena Salera's life as a sham: her birth family abandoned her and her parents are not who they claim. Now, a grandmother she never knew has left her a fortune. Melena's only hope of uncovering the truth is her grandmother's handsome lawyer, but Theo Sauvage doesn't trust her. Theo believes Melena's grandmother was murdered and he intends to bring the killer to justice. If that means getting close to her heiress - the obvious suspect - he will. But he never expected to be so attracted to Melena. When a near miss reveals that someone wants Melena dead, Theo and Melena must work together to find the real killer. In the crosshairs of a madman, they form an unbreakable bond - but can they uncover the truth before it's too late?

What listeners say about Dark Abandon

This story focuses on the suspense with the romance being more of a back story. So it was disappointing the way the author tried to balance the suspense and romance. The romance faltered by having them fall in love too quickly and with no basis for the feeling developing. Like many stories, Melena/Mel and Theo start of disliking each other due to some suspicion Theo has about Mel. And, as that suspicion is dropped, the reader still doesn’t see how love develops; an attraction, lust, yes, but not love. So “I love you” was thought and then, later, said too soon by both Theo and Melena. Similarly, Mel saying Theo was a good man when she did’t know him, when she had had only known him for a few days, some of which she thought he was an ass, also made no sense. Similarly, them briefly talking about living together and even marriage after knowing each other about a week or less was too much and so crazy that it cheapened the story and their romance. In fact, this whole story seemed to occur within a matter of a week or two. The timeframe is unclear, but it was certainly a short period of time. The author wasn’t that much better at the suspense part of the story. Mel had 3 near-death experiences at the hands of her enemies, yet, she was never seriously harmed. And after each, Theo vowed that no one would harm her. The redundancy contributed mightily to the weakness of this story. And Mel made a nonsensical decision near the end, to attempt to draw out the story more and add more drama, but, instead, it only added to the problems with this story. Because, at the end of that, Mel added another life-threatening moment to the 3 times she was almost killed, which a thinking person would’ve managed to avoid, especially after knowing someone, about whom she based her decision, for a week. [This part may not make complete sense w/o knowing what happened, so I apologize for that. But it can’t be helped unless I reveal too much about the story. ]

Another yuck is that the author took the often used caveman, dom act to an ugly place in the way she portrayed Theo supposedly supporting Melena/Mel by threatening to man-handle her because of his sexual desire a day after she experienced being sexually assaulted and almost raped. The author also seriously exaggerated any normal super-attraction after JUST a kiss. And she referred to Theo as a “musky male,” which sounds disgusting. She misused how many romance authors refer to the musk of a partner; they never refer to a guy as a “musky male”. That brings the image of a musk rat or some other stinky animal to mind, which is definitely not appealing. In fact, the author overused the idea of pheromones, the scent of each other, too often and not well. Of course, she didn’t use the word pheromone, but she too often focused on how Melena and Theo smelled to each other, saying things like “her intoxicating scent,” and not meaning perfume. Theo and Melena came across as some very odorous folk.

The one positive is that Mel would fight back against her attackers. And some listeners, less focused on the romance, might be happy to know that there is only 1 sex scene, the only scene that is more than kissing. It occurs at approx. 40 minutes before the story ends. It was lightning fast and brief with no explicitness and little detail. It really only described Theo performing oral sex briefly, made reference to a condom and her reciprocating on Theo, and then it was “some time later.”