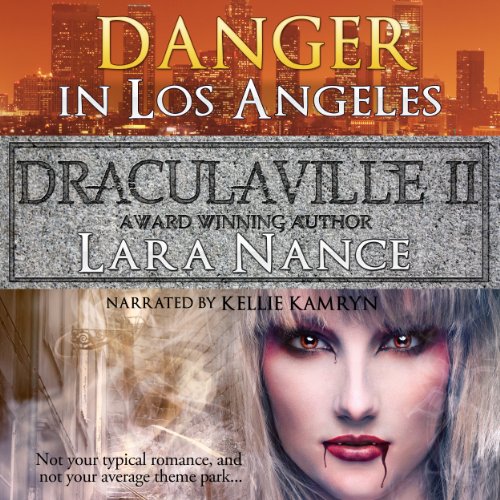 By: Lara Nance
Narrated by: The Killion Group
Try for $0.00

The DraculaVille Series continues as Drake and Pip travel to Los Angeles to wrap up details of his human life. Unfortunately, he becomes embroiled in a war between vampire hunters and a local flock. His problems become even more complicated when he's called upon to rescue an old girlfriend. Talia has her own dilemmas in Romania facing the ever volatile Madam Negrescru, who seems intent on thwarting Talia's plans at every step. The stakes for building the Dracula theme park go up when the U.S. ties the project to negotiations for a new military base on the Black Sea, and a mysterious and wealthy Russian vampire sets his sights on the project...as well as Talia. After escaping her troubles in Romania, she rushes to California when Pip is kidnapped. Caught between a crazed vampire intent on Talia's death and warring vigilantes determined on destroying all the vampires in Los Angeles, it will be a miracle if she and Drake make it back to New York alive.

What listeners say about Danger in Los Angeles