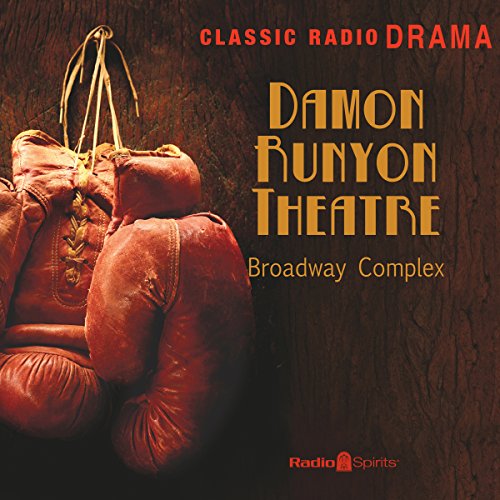 By: Damon Runyon
Narrated by: John Brown
Try for $0.00

From the pen of legendary raconteur Damon Runyon comes tales of a New York that never was but might have been - a world of smooth-talking card sharks, smiling crap-shooters, cheerful con men, and charming rogues. Featuring radio favorite John Brown as your host, Broadway, Damon Runyon Theater brings to vivid life some of the master's finest short stories. They're positively Runyonesque!

Episodes include: Broadway Complex; Baseball Hattie; The Big Umbrella; Earthquake; The Lily of St. Pierre; Bred for Battle; So You Won't Talk; Cemetery Bait; The Melancholy Dane; The Brakeman's Daughter.

Would you listen to Damon Runyon: Broadway Complex again? Why?

Yes. But then, I listen to all favorites repeatedly.

Did John Brown do a good job differentiating all the characters? How?

Damon Runyon's tales and voice have been so used, abused and inflated. Underplaying, rather than overplaying, the dialect and accent would have put back some of the raw sweetness and wordlay.

It's great to revisit these characters, but I hold out hope for a straight up version.