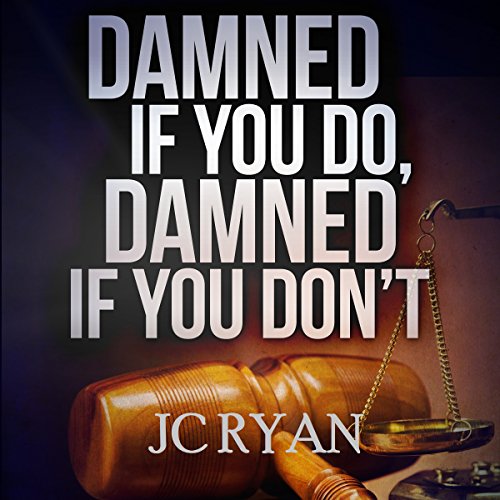 By: JC Ryan
Narrated by: Rhett Samuel Price
Free with a 30-day trial

Conrad Wilson, an ex-detective, had less than a month to live. The date of his execution by lethal injection was scheduled for June 1. All legal avenues had been exhausted - the governor of New Hampshire refused to review his case.

The only problem was Conrad Wilson was innocent, but no one cared. Or, rather, everyone that cared wanted him executed. His only chance to escape certain death was Judge Regan St Clair and Jake Westley. Did they have enough time to stop the execution?

Jake and Regan quickly discovered a number of holes in the Wilson case - tampering with forensic evidence, an alibi that stood up to scrutiny.... It was evident that Wilson was innocent, he certainly didn't kill his mistress as was alleged. Someone has gone to great lengths to shift the blame onto an innocent man.

But why were so many people desperate to see him dead for a crime he didn't commit? Who was the real killer?

Was Wilson framed in order to let the real killer get away?

Or was there some truth in what Pavo, one of the organization bosses said: everyone is guilty of something?

Damned If You Do, Damned If You Don't is a full-length novel, a crime suspense-thriller about a man who is about to be executed for a crime he didn't commit but everyone wanted him dead.

This fast-paced legal thriller is the second book in J C Ryan's Exonerated Series that started with Judgment Call.

Very different but equally as good as the first...

Damned If You Do, Damned If You Don't is the second book in this three part series, and I can't imagine reading it without having read the first book. So much of both books focuses on an overall series arc about a secretive organization that manipulates the criminal justice system to further it's members' wealth and success. This book jumps right in where the first concluded - with all the team members investigating the wrongful conviction of another victim of The Organization. However, the author handles this investigation completely differently from that in the first book. The team quickly abandons the investigation in order to exonerate a convict, Conrad Wilson, awaiting a death sentence in less than one month. Although she thinks Wilson was framed, Regan becomes almost physically ill every time she thinks about him being freed. I can't give away more without spoiling the plot, but the author's skillful use of foreshadowing builds the suspense until the book explodes into non-stop action and a shocking conclusion. The middle of the book did drag a little, but these slower parts gave me more insight into the characters' lives and backgrounds, and I enjoyed seeing Regan, Jake, Alex and Gary grow closer.

The talent of the narrator, Rhett Samuel Price, is amazing. This book has quite a cast of characters, and he gives each one a distinct voice that adds so much to the author's characterizations. I always knew exactly which person was speaking, and the story flowed so smoothly because I just became lost in the sound of his deep, resonating voice. This man could narrate lullabies to fussy babies, and they would be pacified in minutes. However, he can really ramp up the tension and excitement, too. I highly recommend anything that Price narrates, and I am looking forward to starting the third book in this series, in large part because he narrates it.