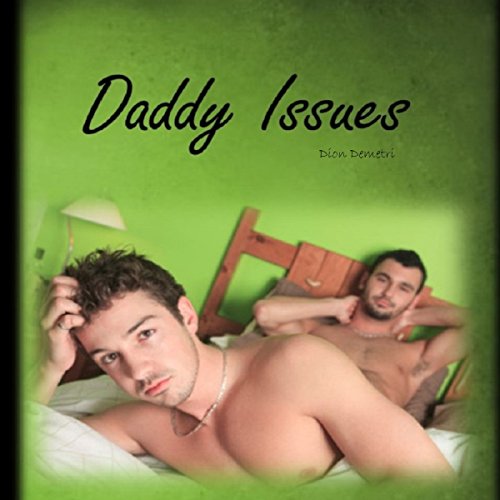 Members Only, Book 2
By: Dion Demetri
Narrated by: Steve Carlson
Length: 2 hrs and 31 mins
Categories: Fiction, Gay & Lesbian
4 out of 5 stars 3.9 (49 ratings)
This title is included in Audible Escape

With a history of molestation and abuse, Sage turned 18 living on borrowed time. After his mother had died the year before, Stan, his stepfather, had been disgustingly clear on the type of repayment that was expected as soon as Sage was of legal age. Sage would do almost anything to avoid becoming his stepfather's whore.

At 34, Stefan was also alone. Quiet and serious, he was definitely an atypical biker with a heart of gold. What no one knew, not even Stefan himself, was how far he would go to protect an innocent that he had never met.

When Stefan took Sage under his wing on the night of his 18th birthday, he was determined to maintain a purely platonic relationship and allow the boy to determine what he wanted out of life, but Sage already knew. He wanted Stefan.

Can he convince Stefan that they are meant to be together?

Good Story, Narrator not so much

The story was good but the narrator left something to be desired. I finished the book but it was difficult at times. The narrator lost my attention quite often and I would have to go back and relisten to the last 60 seconds.

I liked the storyline, even if it was short. I would have loved for it to have been a longer read/listen but it wasnt bad.

I got the free month of Escape so I'm just going through as many books as I can for the month. Then I'll cancel as the selection sucks (for anyone wondering about it).

This narration is awful. his reading sounds like even he is bored and has no interest in the story and voices are pretty bad.

The story is ok. When the older man is in the right place at the right time he offers his home to the 18 y old to get him out of a bad situation. No strings attached. In fact the first chapter fast forwards a year and at that point other than sleeping in the same bed so the younger boy feels safe, there is nothing more than that. It isn't until the younger MC catches the older guy with another man and gets jealous and leaves that things change. I did find it strange that things go from one extreme to the other but the story was pretty good. The short length of the book allows for an easy flow without getting boring.

Stopped later than I should have. This was horrible. I'd say laughably bad but it is about abuse so I can't find anything to laugh about. I wasn't expecting much, but it was so much worse.
The narrator is awful, he sounds like an overweight smoker after going up the stairs most of the time. His "young" voice is creepy AF on top of it.
So glad I didn't buy this.