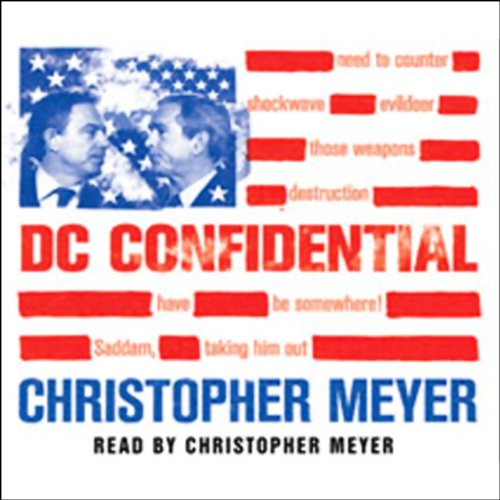 "Blair was pretty determined to go all the way with President Bush, not because he's hanging on to this relationship for dear life, but because he truly believed that Saddam Hussein was an offence to the integrity of the UN."

Christopher Meyer was ambassador to the United States from 1997 to 2003, during which time he was an eyewitness to and participant in the events following 9/11 and the preparations for the Iraq war. Never before has there been such a riveting and candid memoir of life behind the diplomatic scenes. Meyer's is an honest account of what he saw, what he heard, and how he felt. The cast list of characters includes Margaret Thatcher, Bob Hope, the Clintons, Steven Spielberg, Condoleeza Rice, Alastair Campbell, and Jack Straw. The book reveals close encounters with Tony Blair, Robin Cook, and Peter Mandelson; KGB honey traps in Russia; a major row with Bill Clinton; inside stories on Number 10 and the Foreign Office; and, of course, life behind the scenes with Blair and George W. Bush. It was clear that the prime minister's office, and not the Foreign Office, would control relations with Washington, and Meyer shows in close up how he helped facilitate the "special relationship".

What listeners say about DC Confidential