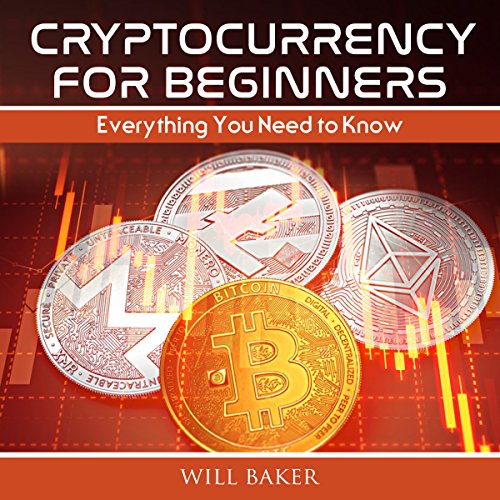 Everything You Need to Know
By: Will Baker
Narrated by: Stephen Paul Aulridge Jr
Length: 29 mins
Categories: Business, Commerce & Economy
5 out of 5 stars 5.0 (2 ratings)

By: Will Baker
Narrated by: Stephen Paul Aulridge Jr

Decentralized cryptocurrency is produced by the entire cryptocurrency system collectively, at a rate which is defined when the system is created and which is publicly known. In centralized banking and economic systems such as the Federal Reserve System, corporate boards or governments control the supply of currency by printing units of fiat money or demanding additions to digital banking ledgers. In case of decentralized cryptocurrency, companies or governments cannot produce new units, and have not so far provided backing for other firms, banks, or corporate entities which hold asset value measured in it.

Within cryptocurrency systems the safety, integrity and balance of ledgers is maintained by a community of mutually distrustful parties referred to as miners: members of the general public using their computers to help validate and timestamp transactions adding them to the ledger in accordance with a particular time-stamping scheme. Miners have a financial incentive to maintain the security of a cryptocurrency ledger. Most cryptocurrencies are designed to gradually decrease production of currency, placing an ultimate cap on the total amount of currency that will ever be in circulation, mimicking precious metals.

Compared with ordinary currencies held by financial institutions or kept as cash on hand, cryptocurrencies can be more difficult for seizure by law enforcement. This difficulty is derived from leveraging cryptographic technologies.