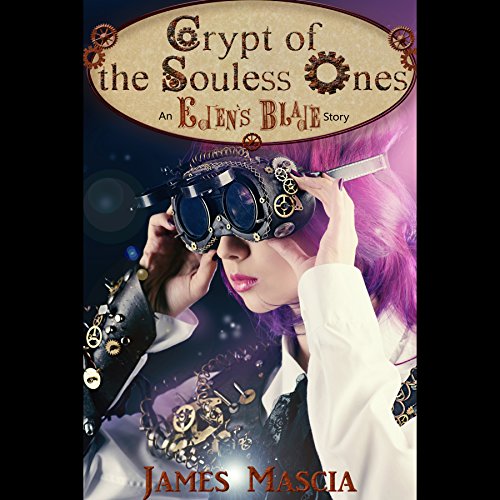 Crypt of the Soulless Ones

By: James Mascia
Narrated by: Piper Lewis
Try for $0.00

Three hundred and fifty years ago World War III started between the U.S. and China and eventually engulfed the rest of the world, left the planet devastated and humanity divided more than ever. The war lasted a decade, and left many regions of the planet uninhabitable. It also killed nearly 3 billion people. Another billion died in the decades following, due to lack of resources, disease, and radiation poisoning. Technology was almost non-existent after the war, putting an end to the so-called "computer age". Human population, cut in half, and divided among the ever increasing national boundaries, looked to be on the brink of extinction. Centres were set up where the remains of humanity could thrive, leaving the rest of the world nothing more than a wasteland. 50 years after the end of the war, the Gafflon invaded, uniting humanity and laying waste to most of the resources left on the planet.

Now, Ellie Stapleton Brown, a young woman apprenticing as a treasure-hunter for Professor Byron Conroy, makes a startling discovery about the time before the Gafflon invasion. It is a discovery that might threaten humanity's very way of life. But, does she let the information out, or does she bury the evidence as the professor suggests?

What listeners say about Crypt of the Soulless Ones

A quick 'read': Interesting, though short

Crypt of the Soulless Ones is told in the style of a classic sci-fi short story: the characters are few, but potent, and the story is keenly focused, but offers hints to large and complex world. Honestly, I don't know how far I'd have gotten in had I been reading the text: the story is full of expository dialogue and old fashioned phrases that feel clunky to modern readers. But because of the stellar reading performance and the overall way that the medium of audiobooks works, I kept listening until the end and enjoyed the experience. The story isn't amazing: the characters could be more developed, and the major theme came off to me as oversimplified. These two elements combined to deliver what felt like an abrupt and somewhat flat ending. However, I can't feel too bad about it - the world presented was clearly well crafted, and I got a lot out of just being there for the duration of the story. It is also worth mentioning that Piper Lewis' reading performance gives a human feel to the characters, making their old-fashioned speech flow more naturally. Overall, an enjoyable experience, and one well worthy of a sequel, or at least a follow-up of some sort.