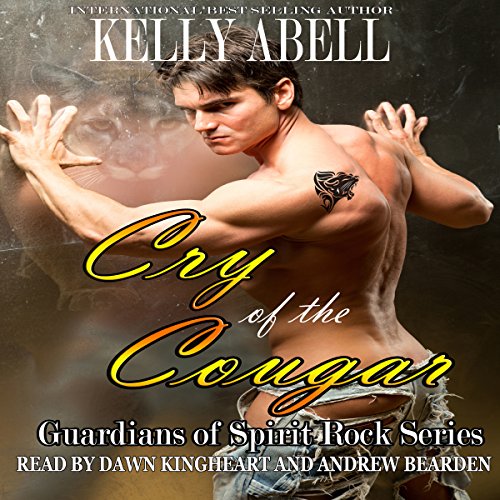 Cry of the Cougar

By: Kelly Abell
Narrated by: Dawn Kingheart,Andrew Bearden
Try for $0.00

One chilly spring morning, on a routine patrol of his property, Connor, in the form of his spirit animal, makes a startling discovery. Men are setting up equipment to start a fracking operation on his girlfriend’s property; land that is right on top of the Sacred Spring. Hurt and betrayed by her actions, he charges home to tell his brothers what’s she’s done.

Jeannie has reasons for allowing the oil barren onto her land, and they’re good ones. She just can’t tell anyone what they are, most of all Connor. She has no intention of allowing the operation to go beyond the testing phase, but he won’t listen to what she has to say.

When at last the truth is revealed, Connor’s anger and confusion takes control, threatening to destroy his long-term relationship with the woman he loves. But his brothers encourage him to talk things out with Jeannie, so he sets his pride aside and goes to her. After a night of passionate reconciliation, the couple turns their attention to a more important matter.

Before they can move forward, however, Jeannie disappears. Can Connor find her and save her and the life they are trying so desperately to build together?

Join the Gray brothers and the women who love them on another amazing paranormal shifter adventure that will bring joy to your heart, fear to your soul, and tears to your eyes as you take Connor and Jeannie’s journey along with them.

What listeners say about Cry of the Cougar