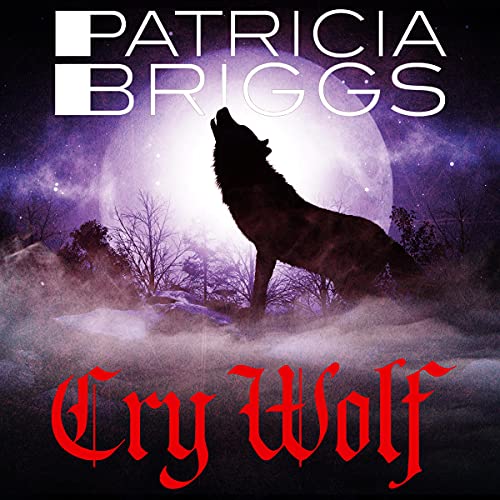 Number one New York Times best-selling author Patricia Briggs presents the first Alpha and Omega novel - the start of an extraordinary series set in the world of Mercy Thompson, but with rules of its own. Perfect for fans of Ilona Andrews, Nalini Singh, Christine Feehan and J. R. Ward.

Charles Cornick is his pack's enforcer and lives a harsh life, doing jobs other wolves can't - or won't. And his most recent task was rescuing Anna Latham from a life of brutality. This leaves him shot and wounded, but he's happy to pay the price. Charles is strongly drawn to Anna, and her growing 'Omega' powers will see his people through dangerous times.

Anna desperately needs her new mountainous home to be safer than the life she's left behind. But when a rogue werewolf starts murdering hikers, Charles and Anna are sent into the winter forests to investigate. Charles is still weak and will need Anna's strength as they discover a web of witchcraft that could drag down the whole pack. Including its leader Bran, Charles' father, head of a vast network of wolves. And if Bran weakens, dark madness could run like a fever through half a continent.

"I love these books!" (Charlaine Harris)

What listeners say about Cry Wolf

I have not read that many werewolf books before, but I thought this was an interesting story. I might read more werewolf stories after this. I was particularly impressed by the narration.

brilliant from start to finish. can't wait to start the next book on the series

very much enjoyed this book. iv read the book and wanted to try the audio version, i was not disappointed.

Excellent story, with the fall range emotions you can have and read brilliantly by Holter Graham.

I enjoyed this story. The pace and momentum didn’t flow so well towards the end with the action, but that was only a small niggle. I didn’t enjoy this book enough to immediately rush to get the next book in the series, but I probably will listen to it at some point.

Great series that follows alongside a greater one

Patricia Briggs is one of my favourite authors and this series follows alongside my favourite book in the Mercyverse... While I don't particularly like Anna at first she does have a strong character development throughout the series thus far and these books do (mildly) carry over with the Mercy books so I recommend finding the reading order so you listen in order. You can get away with reading only Mercy series as a standalone, I wouldn't recommend only reading this series alone as most of the world development happens in Mercy.

This story carries on from a shortstory called Alpha and Omega which quite a few people get confused over as it literally picks up "minutes" after the shortstory ended, you can get this as a standalone book (on audible with the same narrator) or is included in shifting shadows (on audible but with the narrator in the Mercy books) since you get the most out of shifting shadows (as you also get other short stories in the Mercyverse) I recommend buying that or you can get both if you like your narrators to be the same

Overall I enjoy listening to Anna and Charles as it really helps build them both into the strong characters they become in the Mercyverse but more importantly its in this series you learn the most about Bran :)