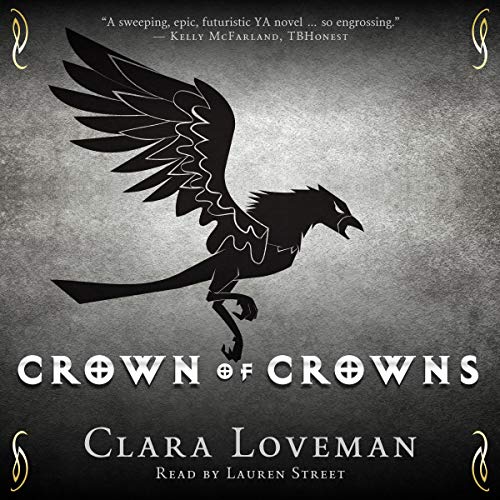 By: Clara Loveman
Narrated by: Lauren Street
Try for $0.00

In a kingdom where the ruling and lower classes live and die apart by law, a noblewoman and a commoner make a fatal mistake: They fall in love.

Kaelyn, a young noblewoman, feels smothered under the harsh constraints of the Decens-Lenitas, the legal and moral code that governs the people of the Geniverd Kingdom. When she meets Roki, a handsome young man from the city with knowledge and aspirations beyond his status, Kaelyn realizes she’s not the only person trapped. She starts to question everything she thought she knew, including about the Gurnots, a group of rebels set on overthrowing the laws - people who the nobles have labeled as terrorists.

When her parents find out that she’s spending more time with a lowborn citizen, they forbid her to meet Roki ever again. He’s common. She could be queen.

Kaelyn tries to move on. Her future as a potential leader depends on it. But she can’t forget Roki or the ominous signs his lessons now make clear: the death of an obedient follower of Decens-Lenitas, the unrest that follows, and the whispers of conspiracy.

With the lives of all free people at stake, Kaelyn must uncover the truth—even if she risks her heart at every turn.

Praise for Crown of Crowns:

“Crown of Crowns is a sweeping, epic, futuristic YA novel that is so engrossing. The plot is well-paced and so well written, and the characters feel so real. A great read.” (Kelly McFarland, TBHonest)

“The author succeeds in telling a story of a young woman’s path to free her people from their shackles.” (The US Review of Books)

What listeners say about Crown of Crowns

A gripping tale of young love and bravery.

I love the pace of the plot of this book, its unexpected twists and turns, and how the characters draw you in. You actually miss them when you finish this read! An entertaining first book by this author. Have both read and listened to the book.Sounds like there will be a sequel?