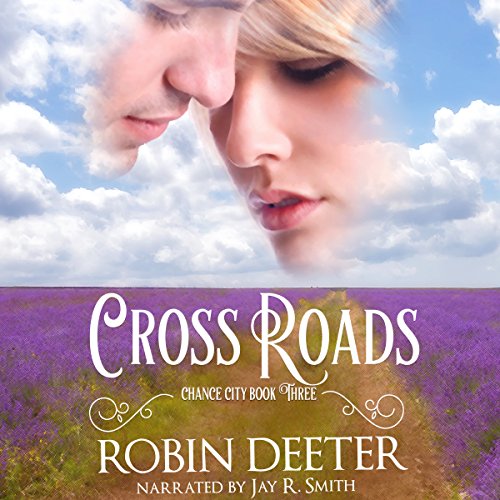 Carter “Wheels” Ellis is handsome, strong, funny, and kind - and he owns an adorable Capuchin monkey named Ollie. However, women have never considered him as a serious beau since he's a paraplegic. Wheels has come to accept that he'll most likely never find a wife.

But Nora Guthrie has strong feelings for Wheels. She appreciates all of his fine qualities, and he makes her heart beat faster whenever she's near him. Surprised by her attraction, Wheels wonders if they're compatible on a romantic level. The two friends embark on a romantic journey together.

Mayor Carly Branson both despises and desires Ray Stratton. He's conceited, cocky, and too handsome for words - which comes in handy in his profession as a male prostitute.

Ray can't stand Carly. She's snobbish and judgmental, yet utterly beautiful and captivating. The sparks that fly between these two could light up the night sky, and they're drawn to one another despite their mutual hate. Or could it be love?

Four people come to important crossroads in their lives. Will they travel down the right path that leads to happiness, or will they take a wrong turn and end up lonely and heartbroken?

What listeners say about Crossroads

How do I even start to describe this series? In a word, it’s ‘original’, refreshingly so. This author has a way of portraying the least likely of heroes as sexy, masculine and oh so desirable. I’ve read a lot of historical, western romances but never have I stumbled across a series with a cast of characters that included a male prostitute who dreams of opening a bakery, a man confined to a wheelchair with a spirited monkey for a companion, a Comanche detective who relies on a Pug to assist in his investigations, a female deputy and mayor, and more! And the storyline is so straightforward. It’s not dependent on the usual plot formulas although my favorite elements form this genre are also included ... a mail order bride, cattle ranches, men reaching for love with women far above their stations, Indians living in the white man’s world, saloons and brothels too.

I eagerly await Audible to release the next installment as soon I finish the last. Each time I’m tempted to buy the Kindle format but I resist because I think Jay R. Smith is responsible for at least 50% of the series appeal. As much as I love the storyline, I don’t think it would be nearly as entertaining without this narrator’s talented delivery of the dialogue and backstory.

Worth a credit? Most definitely
Heat factor - some spice but nothing gratuitous and the scenes with ‘Wheels’, the paraplegic are sensitive and sexy.

Please hurry Audible with the next installment... there are so few titles like this - must we wait between releases?

I love reading series that follow the events of a town and its inhabitants. But I want historical accuracy. I don't mind some intimacy or some sensuality. However, prostitutes and gigolos are beyond the pale for me. I skipped past the early chapters after encountering this, but the story didn't seem engrossing enough to redeem itself. Sorry Robin Deeter. I love this author's Paha Sapa Saga. It is so well written and seem so historically accurate that this series is more of a disappointment for me.The author writes with dry humor. The characters are well developed. So I think it's just me and that I don't care for the lack of moral ethics apparent in the people of the town.
I did read the first book of the series and wasn't impressed but was hoping it would improve with this one. And I like reading about disabled heroes who overcome their limitations. Again, that didn't redeem the story for me either nor did the gambling monkey. The language flows well. So if what I have described at the beginning of the review won't bother you, then I recommend the book.