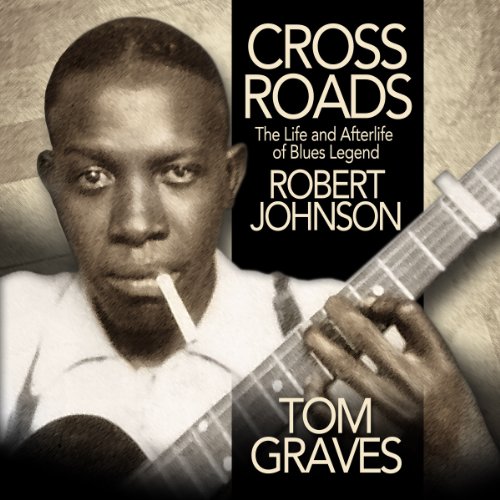 The result of careful and meticulous research, this stylishly-written biography of infamous blues musician Robert Johnson reveals the real story behind the mythical talent that made him a musical legend. According to some, Robert Johnson learned guitar by trading his soul away to the Devil at a crossroads in rural Mississippi. When he died at age 27 of a mysterious poisoning, many superstitious fans came to believe that the Devil had returned to take his due.

This diligent study of Johnson's life debunks these myths while emphasizing the effect that Robert Johnson, said to be the greatest blues musician who ever lived, has had on modern musicians such as Eric Clapton and the Rolling Stones and fans of the blues. Tom Graves, a master of what Ernest Hemingway called "the true sentence" and the telling detail, pieces together the fragments of the jagged, elusive puzzle that is Robert Johnson.

Featured Article: The Dubious Honor of Joining the 27 Club


There’s one infamous worldwide club that has the honor of hosting several famous members for dubious reasons: the 27 Club. Named for celebrities who passed away at the age of 27, it is host to some of the world’s most famous musicians. The idea of the 27 Club came about when several popular musicians died between 1969 and 1971. While there’s no statistical evidence, it’s undeniable that it does seem to happen a lot.

What listeners say about Crossroads

Robert Johnson recorded 59 tracks in the 1930s, of which only 42 are extant. Son House said when he first heard Johnson play he was ordinary. Very. But the young guitarist went away, came back, and his playing was so good his guitar caught on fire. Or nearly. Well, that's what you get when you sell your soul to the devil. A hot guitar and a swift end after a cup of poison, thanks to a jealous girlfriend.

There's more legend than truth in the Robert Johnson story, and even that is scant. Author Tom Graves does much with very little. He's like a detective turning over a cold case and trying to get to the root of what really happened and who was this guy anyway?

Robert Johson was one of the great country blues guitarists, singers and songwriters. But he was mostly forgotten until Columbia released a 17-track compilation in 1961. Dylan heard it. The Stones did. Clapton did. Their ears turned round their heads. This was earth-moving music.

Grave's book is not a play-by-play account of each of the 42 songs. He even saves a lot of his musical analysis for the last part. What he wants to do, and does very well, is unravel the mystery, tell us about the man and then focus on his powerful legacy.

In 1987, Claude Johnson came forward as Johnson's biological son. The guitarist had died in 1938. A lot of time had passed. The case went to court. The judge cross-examined a woman claiming to have witnessed Claude's conception. The author reproduces the court transcript, in which the judge asks his witness if she made a habit of watching people in the act. More than once, she said, and she was awful sorry the judge hadn't tried it himself.

Graves also devotes time to the photos and video that surfaced in later decades and the controversy surrounding their authenticity. He brings up the controversy over the postage stamp, too. The stamp showed a smoking bluesman. Naughty.

Crossroads is a quick listen and well worth your time if you're interested in Johnson, blues or music in general.

Great history of the man. Not too short, not too long. Includes new references, not just the old. Great work!

I already knew quite a lot about the early history of the blues and Robert Johnson. This book served as a useful revision. The author/ reader had an obvious love of his topic. I just wish there were more audio books on the blues.

Bringing the legend to life

Thoroughly enjoyed this short listen about the life and after life of Delta blues man , Robert Johnson. Tom Graves the author narrates it beautifully. It’s atmospheric , full of mystery as the story unfolds about what we know and don’t know about Robert Johnson. As a blues fan - this is essential listening. You’ll love it.

Very informative in the life of Robert Johnson

Would you consider the audio edition of Crossroads to be better than the print version?

Yes the audio version is much better because you can listen to it anytime you wish to e.g.in the car