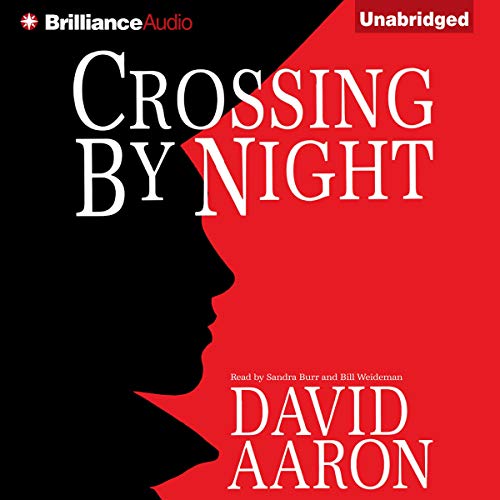 By: David Aaron
Narrated by: Sandra Burr and Bill Weideman

An adventure of heart-pounding intrigue that takes the listener from the Spanish Civil War to Berlin, Prague, and Warsaw, Elizabeth's perilous adventures and heated affairs climax in a breath-taking flight across Hitler's Germany on the edge of war. And Elizabeth's prize, an obscure coding machine, provides the margin of victory over Hitler in the Battle of Britain.

Crossing By Night is based on the exploits of the real-life American woman who changed the course of World War II. Her extraordinary adventures inspired Ian Fleming to create the famous James Bond.

WARNING; this is a romance novel

This is NOT a mystery thriller. Although the writing technique is good the story is a cheesy romance novel, or at least what I would expect one to be if I wanted to read one which I did not. If you like this style it is great but I quit listening which I almost never do because I am so cheap with my credits. I like histories, thrillers if they have some realism, and mysteries. The category and description of this book sounded great and it could have been a good story but it is written like a soap opera and the only thing that is missing is a guy named Fabio and some butter. Unfortunately the narration is in keeping with the style of the book, breathless women and for the men, female voices talking in fake deep baritones.

I picked a dud here. It reads like an old black and white "B" movie.