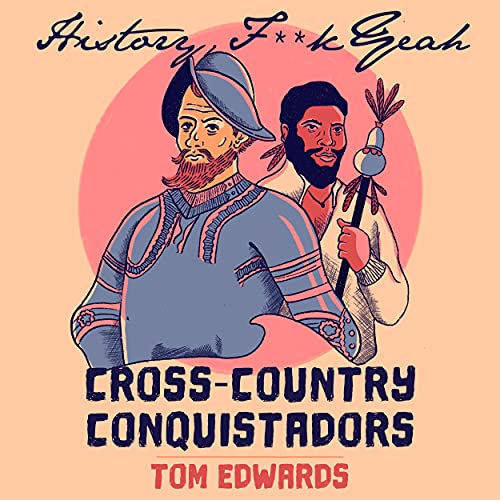 In 1528, 600 Spanish conquistadors landed in the Florida panhandle to look for gold and glory. Eight years later, the expedition's four survivors stumbled out of a desert in Southern Mexico.

Conquistafor Pánfilo Nárvaez was convinced that an empire equal to that of the Aztecs lay waiting somewhere among the airbrushed T-shirts and Confederate flag belt buckles of Georgia.

Instead of a vast empire, Nárvaez and his men found a tribe of natives who had little patience for tourists. Riddled with arrows and slowly starving to death, the Spaniards made their way to the Gulf, where they built rafts and attempted to have a nice relaxing float back to Spanish Civilization.

What followed instead was an unbelievable epoch spanning almost eight years: A small group of survivors endured years of slavery, peddled wares between warring tribes as traveling salespeople, and eventually stumbled into fame as celebrity faith healers - complete with an entourage of 3,000 followers.

Before returning to the outer rim of Spanish Civilization, the group had managed to accomplish the first crossing of the entire continent of North America.

Told in a casual tone with splashes of modern humor, History, F Yeah's Cross-Country Conquistadors is a true story of humbled conquerors and unbelievable perseverance.

What listeners say about Cross-Country Conquistadors