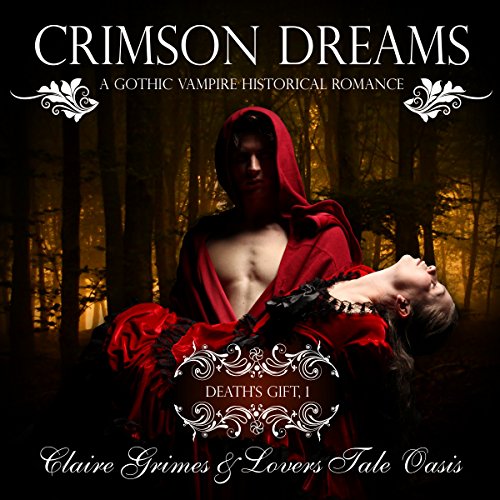 Mary Wingfield is a perfectly ordinary young woman. She has been raised in a strict household, but her father and mother are mostly kind towards her. Her fanciful dreams of travelling the world are entertained; she never has to go without, and she is deeply loved. Despite her wealthy, educated background, she is even being permitted to marry her childhood sweetheart, Lewis Stuart, a working class boy. But as Lewis grows, he chooses to travel to India to help defend the empire against insurgents.

When Mary learns that Lewis has died in battle, her parents make a rash decision to marry her to General Hodd, a respectable, wealthy, god-fearing man. She feels affection for the general but is not yet ready to cast Lewis' memory aside. And this becomes even more difficult when she realizes that Lewis isn't quite dead.

If you love paranormal historical romance with hot sexy vampires, this romantic tale is right up your alley. Download today.

Please note: Death's Gift Series is a serialized Gothic vampire romance, which means the tale will evolve over a series of short stories (approximately 10,000 words each). There are cliff-hangers.

This book could have gotten more stars if it hadn't been so ridiculously short and not a completed story!