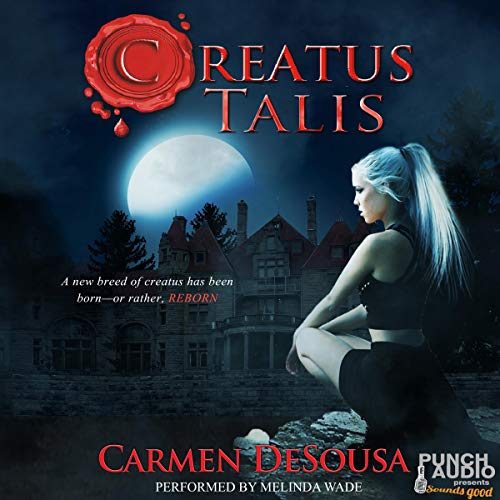 By: Carmen DeSousa
Narrated by: Melinda Wade,Punch Audio
Try for $0.00

A new release in the Creatus saga!

For 4,000 years, creatus elders have insisted that the creatus population conceal themselves from human beings because humans had hunted the creatus almost to extinction....

But one woman's research reveals that when creatus first arrived on this planet, humans didn't fear the alien beings that looked so much like the human race. That is, until the creatus started to breed with humans, creating a ferocious killer feared by humans and creatus alike. A creature so fierce that its legacy of death and destruction has fed nightmares for millennia. And now, a new breed of creatus has been born - or rather, reborn.

Vev, one of the first generations of creatus talis, finds herself torn between her younger family members and a forbidden love as she fights to save the young talis from being turned into a weapon - or worse, annihilation.

What listeners say about Creatus Talis

Mankind has created it’s own problems and now has to deal with it… Waiting for more! The next books could go so many different ways and I want more. I want to see and hear it👍

I loved the others in the Creatus books. But this book was not nearly as good. Maybe it was the performance but I really couldn't stand it.