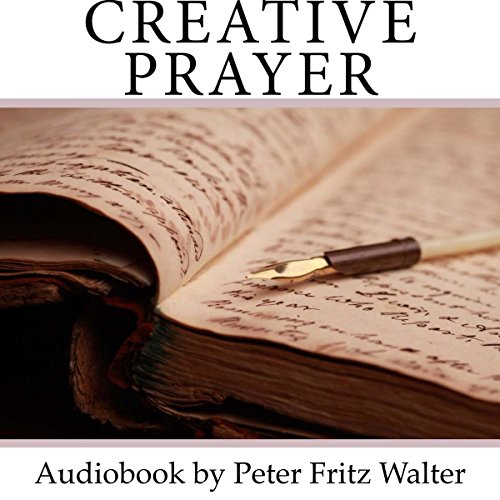 "Creative Prayer: The Miracle Road: Scholarly Articles, Volume 5" is a self-help audio essay representing a witness report of a prayer technique the author has used successfully for more than 20 years. The method was first outlined in basically two essays by the spiritualist James Allen and his son, Abel L. Allen. James Allen published "As a Man Thinketh" in 1902, and Abel Allen wrote "The Message of New Thought" in 1914.

Next in the development of the method comes Ernest Holmes, founder of the "The Science of Mind" and author of a book with the same title, which was published in 1926. The book is both a compendium of philosophical wisdom and a practical book that teaches practitioners how to give treatments using the prayer technique. Eventually it was in the 1960s and '70s that the method really became popular through the books of Dr. Joseph Murphy and Catherine Ponder.

Joseph Murphy called it "scientific prayer." Indeed, this kind of prayer is not founded upon belief but upon knowledge; it is based upon insights in the functioning of the unconscious as, perhaps first in history, Sigmund Freud described it.

In the present audio essay, the author explains the technique, explicates what the "science of mind" is about, teaches with examples how to practice creative prayer, and finally conveys some of the almost miraculous results the prayers have brought about already after three months.

The technique can be used for self-healing, for building high self-esteem and self-confidence, and for bringing about a lasting state of inner peace.

And there's more. There is one aspect of the technique that Joseph Murphy did not mention in his books, which is why the author came to call the technique "creative prayer". The technique namely also enhances literary, visual, and musical creativity - and very powerfully so.

What listeners say about Creative Prayer: The Miracle Road