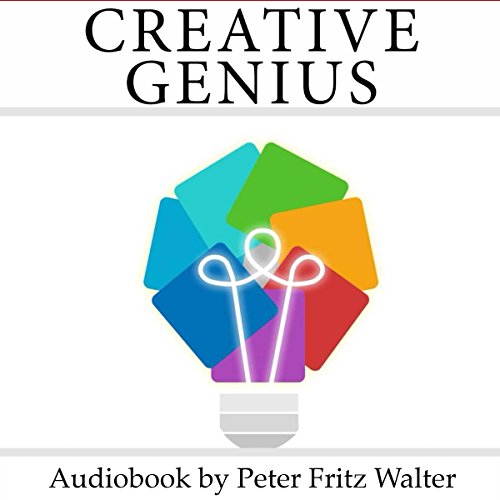 Creative Genius is the second audiobook of Great Minds series and the author's main publication on his more than 30 years of genius research. In this audiobook, the author, applying the 4-quadrant IQ scheme commonly used in genius research, reviews and portrays the lives of five highly creative men: Leonardo da Vinci, Wilhelm Reich, Albert Einstein, Svjatoslav Richter, and Keith Jarrett.

One of the main signs of human genius is the capability to see the hidden connections between apparently separate phenomena, or to perceive phenomena as a pattern, a Gestalt, a unique configuration of attributes that leads the observer to a unifying vision. This integrative nature of all genius, the life stories of the five men clearly show it: it's the organic and systemic vision of life and living by Leonardo, the correct intuition Reich had about the underlying bioenergetic cause of schizophrenia, Einstein's vision of the interconnections between space and time, Richter's spontaneous perception of music in which is embedded a bird's perspective of correct style and musical taste, and Jarrett's unique integration of patterns of classical music with creative free-style improvisation.

The audiobook is destined to broaden the reader's awareness for apprehending a network of hidden connections that is spanning the whole gamut of human experience, from science to art, from from creative vision to tangible realization - to arrive at a comprehension of human potential, incarnated in genius, which is the highest realization of human complexity.

The reason why most people cannot attain the level of human genius is not because genius is inborn - all research shows that it is not - but because they are not critical enough in the face of conformity pressure and the general solidifying framework of modern consumer culture that models citizens instead of accepting them as they are, in their full humanity.

could have done without the last 3 chapters. the beginning was great with lots of info but the music part seemed out of place and random.