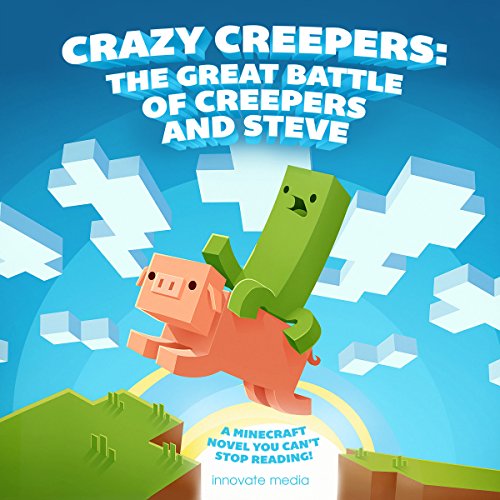 Just when the crazy creepers thought that the Minecraft world was in their grasp, tragedy struck! The ones they were trying to capture started to kill them. Creepers started to back away to the towns they had already captured. They were ordered to destroy and invade towns so that they could expand their creeper mob community. They had already captured four of the towns and were moving to the fifth, but the humans were ready for them and retaliated.

The crazy creepers were furious. How dare the humans kill their kind?! The rage of the creepers is terrifying. They were not going to let this go. They would have their vengeance! They have to win this time! They started to focus on their preparations to strike and conquer! They have got what it takes to win this time!

Will they win the war? Will the humans be driven out of their towns once again? Who will suffer? Who will win the major war that is looming ahead?

Crazy Creepers: The Great Battle of Creepers and Steve is the next best-selling Minecraft audiobook from Innovate Media.