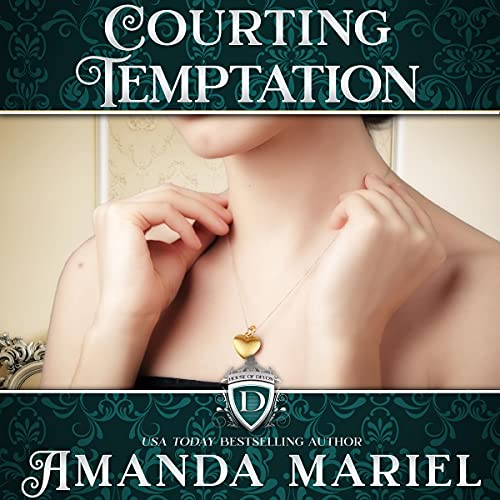 After Tabetha Barkley’s mother passes away, she finds herself near destitute and without work experience. Out of options, Tabetha pays a visit to the duchess of Devon to call in an old favor owed to her mother.

Now, Tabetha is to be a maid in the Devon home. It seems her problems are solved. That is, until a handsome footman starts playing havoc with her heart and endangering her plans.

Thomas Kingston proudly serves the duke of Devon’s household, never dreaming of more, until Miss Tabetha Barkley shows up in the duchess’ drawing room. Now he finds himself smitten and wishing for a different future - one where he can both serve the duke and marry Tabetha. Too bad footmen are not allowed such liberties.

Tabetha and Thomas grow more fond of each other by the day. Before long, their hearts are engaged, but their circumstances demand they remain unattached. Dare they grab onto each other and fight for the future they dream of?

What listeners say about Courting Temptation