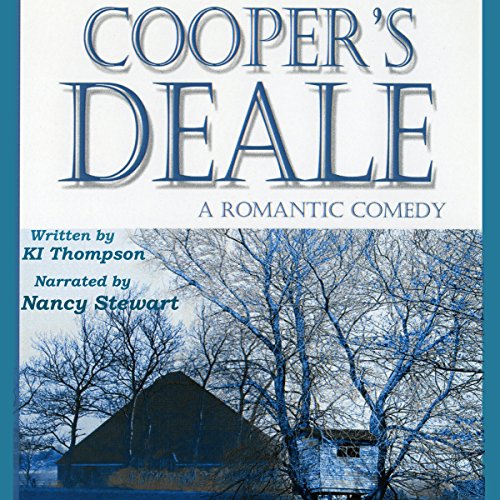 By: KI Thompson
Narrated by: Nancy Stewart
Free with a 30-day trial

Nothing ever seems to go right in Addy Cooper's life. She loses her job in California when her boss is arrested for importing Russian brides and exporting bootleg copies of yet-to-be-released movies. Her partner, upon hearing that Addy is unemployed, dumps her for the butch UPS delivery driver. And to top it all off, the grandmother who raised Addy and Tommy, her mentally disabled brother, dies suddenly when a piece of space debris the size of a Kenmore dishwasher lands on her, killing her instantly. Returning to the small town she grew up in, Addy is forced to support herself and Tommy by taking on boarders. Her life appears to be returning to normal until she finds herself caught between two love interests, both of whom suspect her of murder. What more can go wrong? Plenty.

What listeners say about Cooper's Deale

The Narrator of this book left a little something more to be desired. Usually I can push through and kinda get lost in the story. The way this book was performed made it hard to do.

The story its self was pretty good but the narrator I felt left a lot to be desired.