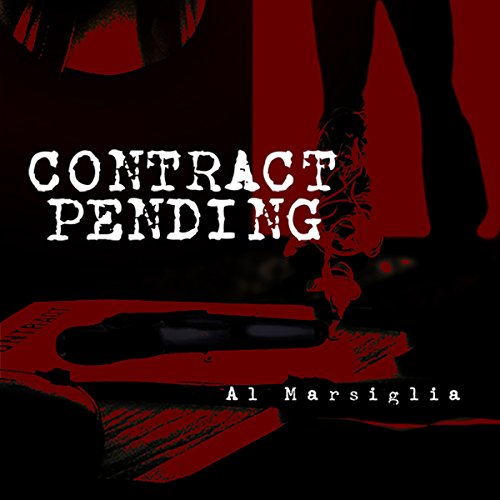 A young Mafioso finds himself on the run for his life when his partner steals the mob boss' money.

Frankie Fiore, son of a Brooklyn shoemaker is recruited by the local mob boss, Jimmy Provitera, to help henchman Biff Rollo enforce delinquent collections. He is a quick learner and Jimmy is very happy with him. That is, until Frankie becomes involved in the loss of a very large sum of collection money. Jimmy is furious and Frankie takes it on the lam to Dunnville, North Carolina.

What listeners say about Contract Pending

At first glance, Contract Pending looks like a story about life in the mob and dealing with The Family, but is actually a tale about the loyalty and love of real family and how one young man finds out the difference between the two. Frankie, the main character in Contract Pending, gets an opportunity to work for a local crime boss and struggles between his love for respect and money and how the jobs make him feel afterwards. He’s making his way up through the ranks when he finally decides that this is not the life for him. Before he can get out, a big mistake by one of his partners puts him in a world of trouble and Frankie’s real woes begin. This book has the feel of stories like the Godfather, Good Fellows and the Sopranos and is a must read for any fan of Mafioso fiction.

Al Benelli’s narration here is spot on and gives each character a true voice that only adds to the story. His portrayal of Frankie reminded me of Christopher Moltisanti from the Sopranos and his voice for Biff was very reminiscent of Luca Brasi from the Godfather. I thoroughly enjoyed Benelli’s work here.

I LOVE wiseguy stories... This one was pretty good

Sure... It was an easy story to digest... like an episode of the Sopranos... only longer. Very enjoyable... but predictable for most of the way. Good guy gets sucked in... becomes a bad guy... catches a case of conscience... becomes a good guy again... gets the girl! But don't get me wrong... there are a couple of surprises that make you feel real good.

Somewhat... Like I said, it was a predictable story line. What I enjoyed most was the way the characters were presented by the narrator... with the different voices and accents. It was like listening to a radio play... which is the way I like my audiobooks to sound. Don't just read me a story... act it out!

I just said above... but again, I like to feel like I'm listening to a play... or the soundtrack from a movie. The different voices and accents are very helpful in creating the "picture" of the characters in my mind. I bought this book partly because it was narrated by Al Benelli. I've listened to almost every book he's done... for the reasons mentioned above. He's done a couple of wiseguy-like stories.

If you owe these guys money... there's no "Fresh Start Initiative".

A good book to take to the beach...