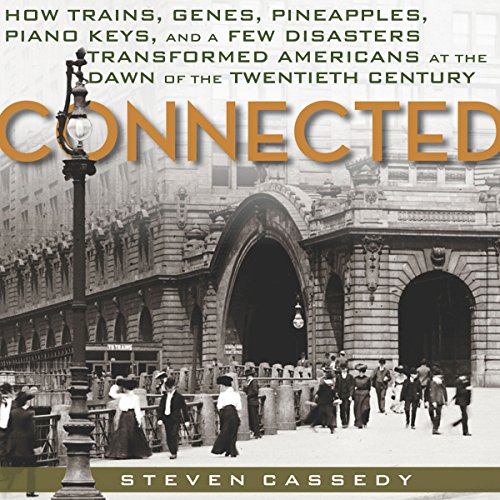 By: Steven Cassedy
Narrated by: Douglas R. Pratt
Try for $0.00

Between the end of the 19th century and the beginning of the 20th, Americans underwent a dramatic transformation in self-conception: having formerly lived as individuals or members of small communities, they now found themselves living in networks, which arose out of scientific and technological innovations.

There were transportation and communication networks. There was the network of the globalized marketplace, which brought into the American home exotic goods previously affordable to only a few. There was the network of standard time, which bound together all but the most rural Americans. There was the public health movement, which joined individuals to their fellow citizens by making everyone responsible for the health of everyone else. There were social networks that joined individuals to their fellows at the municipal, state, national, and global levels.

Previous histories of this era focus on alienation and dislocation that new technologies caused. This book shows that American individuals in this era were more connected to their fellow citizens than ever - but by bonds that were distinctly modern.

"This is an intriguing and important study, and many may be swayed by Cassedy's argument...recommended." ( Choice)
"So well researched and argued is Cassedy's book, and such interesting new evidence does it provide that it constitutes a seminal study in its own right." ( Library Journal)

What listeners say about Connected