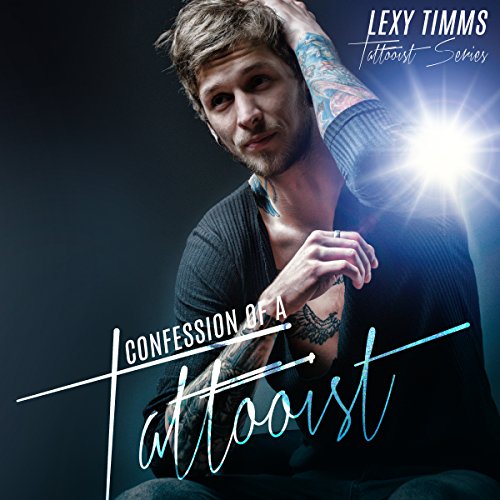 Confession of a Tattooist: A Billionaire Girlfriend Dark Romance

By: Lexy Timms
Narrated by: Aundrea Mitchell
Try for $0.00

Meet Hawk Renyolds. Hawk is the hottest tattooist in the city, and not just because he's a terrific artist and knows how to use the needles to turn skin into art. He's panty-melting hot thanks to his sexy smile, tattooed sleeves, and a body that incites fantasies. Plenty of women come to the shop just to let him put his skilled hands on their bodies, but none of them ever come close to touching his heart. Until the day a regular shows up with her bestie, Joy, in tow.

Joy's a shy and intelligent blonde who has no idea just how beautiful she is, and she's not really interested in getting a tattoo. But she is interested in the art she sees on the walls, and the bad-boy tattooist who drew it. Joy's been burned before by men who just wanted to date her because her father is billionaire Terry Reed. She's determined to never be used that way again, but as her steamy relationship with Hawk turns into something meaningful, she begins to wonder if she's the user.

Hawk tells her there's one thing he won't put up with: lying. And she's already lied about who she is.

For mature audiences only. There are adult situations, but this is a love story, not erotica (just hot 'n' steamy!)

What listeners say about Confession of a Tattooist: A Billionaire Girlfriend Dark Romance

This story has so much potential. But this narrator would probably be better on a different story. Her male voices aren’t very masculine and you can’t differentiate between the characters very well. I really want to listen to Pixie’s story but I won’t since it’s the same narrator.

The story was so so. Some awkward writing only made worse by the horrible narration! The narrator's voice was soooo wrong for this book I could barely push through! Had it been any longer I would have given up!

Pixie is good friends with the hot and gorgeous Hawk Reynolds, the "not-quite-fond of reality shows" reality star! He is disgusted by the intrusion and the phoniness of the genre. Pixie brings her bestie, Joy, into Hawk's tattoo shop to let him know that she's itching for another tattoo. Hawk's eyes meet Joy's, and, as they say, it's game on. Joy is the daughter of a billionaire producer and her family is involved in an embarrassing reality show. Her sisters and mother treat her with disdain because they think she's too heavy and plain. Her self-esteem is negligible and her last boyfriend used her to get to her father. But here's Hawk, looking at her like she's a special treat, but she just can't believe it's true. Hawk is the perfect gentleman and supportive in every way. He knows what he wants and he wants Joy, and he lets her know in no uncertain terms how beautiful she is. She has kept her identity from him because she doesn't want to go through what she did with her last boyfriend who was only with her to get to her father. When Hawk finds out who she is, he is angry that she lied, but did she? The scene at her father's birthday party is priceless and it was time for her to stand up to her family. Hawk's words to Joy's mother at the party and on the phone were ruthless and I couldn't help but cheer! My heart ached for Joy when she got the phone call that changed her life, but it certainly changed in ways that would make her proud! A heartfelt story with complicated characters made for a charming read. The narration by Aundrea Mitchell was very well done. She gave the characters a clear voice, an individual personality and did it with a dynamic voice.

Ruined by the narrator

The unnatural highs and lows and over-perky and mispronounced words were so annoying that it was hard to continue past the first chapter. It sounds like the words are being stabbed instead of spoken. This is not how conversation flows. This narrator was recognizable from other books, so practice should be making things better. This irritation makes the characters impossible to relate to or to root for.

Story was OK but narrator Andrea Mitchell reading style was abominable I won't ever listen to her narration again.

I couldn’t even get past the first chapter before the voice was to much for me. I was looking forward to this series to. Gave it one star just so I could leave a review

I’m reviewing the audio edition. This is advertised as a dark romance. I read a lot of dark romances and this story has nothing dark as far as I heard. I really liked the characters. Joy is so independent yet insecure. Hawk is the type guy that is fun. His stereotype is a lot rougher than he is. His protectiveness warmed my heart. His ability to look at the person rather than the looks was a plus also. For a rather sweet romance it is a good story with plenty of side issues. Aundrea Mitchell did a good job narrating. She made Pixie and Joy feel so real. I don’t know if the author does the titling or if its someone else but I’m taking away 1 star for misrepresentation of the dark part. I received a free copy and this is a honest review.

I was really looking forward to this book but couldn’t get past the 10 minute mark. The narrator seems more suited to children’s books I think. I’m going to try to find it on Amazon to read instead. Sometimes I really wonder if the authors listen to the audiobooks after they’re recorded.

I have only listened to about 15 minutes. I can't stand the narrator and her inflections in the words.

No idea if story is good or not. I had to quit too soon.

This is a great storyline. I love how down to earth the leading lady is. A nice change from the spoiled brats we see too often. Well written. Fantastic performance from Aundrea.

A hot romance about a tattooist and a billionaire's daughter. The characters have chemistry. Loved the narrator. This is an enjoyable listen.

Lexy Timms is a talented storyteller, and I was thoroughly captivated. The storyline is a steamy romance about a tattooist and a billionaire's daughter. The characters are wonderfully-developed with off-the-charts chemistry. Aundrea Mitchell did an excellent job with the narration, bringing the characters to life. Overall this was an enjoyable listen.