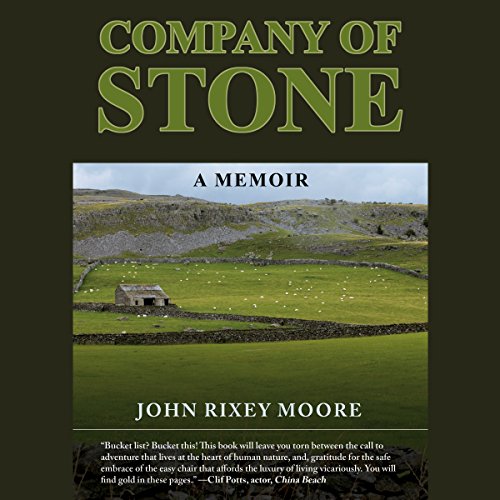 By: John Rixey Moore
Narrated by: Dan Orders
Try for $0.00

Say what you will, but the spirit of a place takes on an important role in the affairs of humans. In an old house, an empty theater, a cemetery, or where there was past conflict, a tangible energy haunts and can attach itself to a visitor in the present….

With yet-unhealed wounds from recent combat in southeast Asia, John Moore undertook an unexpected walking tour in the rugged Scottish Highlands. With a season of freezing rainstorms approaching, he took shelter in a remote monastery. This chance encounter would change his future, his beliefs about blind chance, and the unexpected courses by which the best in human nature can smuggle its way into the life of a stranger. He did not anticipate the brotherhood's easy hospitality or the surprising variety of personalities and guarded backgrounds that soon emerged in their silent community.

Afterward, a chance conversation overheard in a village pub steered him to Canada, where he took a job as a rock drill operator in a large, industrial gold mine. He encountered dangers among the lost men in that dangerous other world, where secretive men sought permanent anonymity in the perils of work deep underground. A brutal kind of monasticism challenged both his endurance and his sense of humanity.

With sensitivity and delightfully good humor, Moore explores the surprising lessons learned in these strangely rich fraternities of forgotten men: a brotherhood housed in crumbling medieval masonry and one shared in the unforgiving depths of the gold mine.

What listeners say about Company of Stone