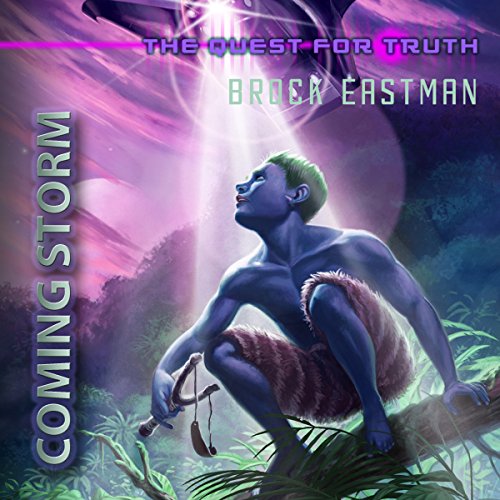 Coming Storm: The Quest for Truth

A story from The Quest for Truth series by Brock Eastman, Coming Storm, gives listeners a fast-paced adventure from the character Obbin.

Coming Storm was written for the January 2012 issue of Focus on the Family's Clubhouse magazine. This version has a black and white interior.

What listeners say about Coming Storm: The Quest for Truth

What did you love best about Coming Storm: The Quest for Truth?

My kids found the story fun, cool and exciting!

They loved the detail used to describe the characters.

Which character – as performed by LC Kane – was your favorite?

Another great work by Brock Eastman!