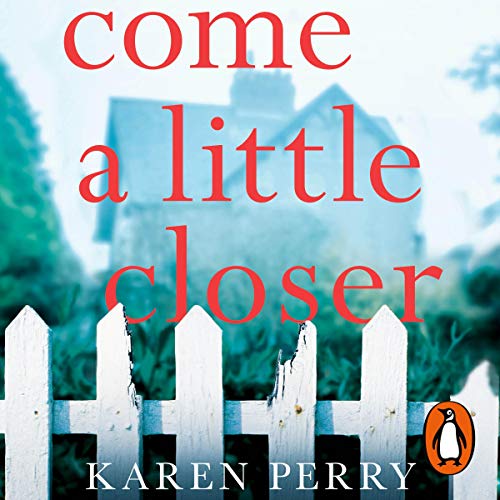 Leah is in love. It should be the happiest summer of her life, but she can't help feeling lonely with Jake's attention divided between her, his ex-wife and his young son. As insomnia sets in, the walls of their new basement flat feel as if they're closing in around her.

Until she meets her upstairs neighbour, Anton, who has recently moved back in after a long absence from the street. He's a sympathetic ear when Jake can't be, and even though others on the street seem strangely hostile towards him, Leah soon comes to rely on Anton and their secret conversations in the night.

Leah has no idea that 15 years before, Anton was convicted of killing his wife. A wife who looked a little bit like Leah. He has always said he didn't do it.

Is Leah his redemption? Or is she befriending a killer intent on luring her closer and closer?

What listeners say about Come a Little Closer

Too slow for me

The story is slow and just not very engaging. Really struggled to get through it and very disappointed when they eventually got too the ending. Overall it was just bland.

Alarm bells started ringing for me very early on. Mark's father, Anton, is newly released from prison after 19 years inside. Mark phones his father on the newly-connected landline. Mark expresses surprise that the landline is connected so soon. Two questions: 1) how come is Mark ringing the landline if he didn't expect it to be connected yet? 2) Even if a sensible answer exists to question 1, how on earth does Mark know the new number? This was only one of the sloppy bits of editorial failure. There were many. Some more examples: Anton's house is, supposedly, untouched inside since his imprisonment 19 years earlier. From the descriptions, it sounds as if he'd been away for no longer than a two-week holiday. There is a baby-grand piano in the house - again, untouched since Anton's wife's murder twenty years earlier. Miraculously, it is still in perfect condition and in perfect tune. Anton's attitude towards the new basement tenant, Leah, is decidedly creepy and lecherous right from the start, not least because he is 60 and Leah is only 26. From the moment he first sees her, he's deliberately manipulative, approaching her in strategic ways designed to break down her defences and leave her open to his predatory intentions. Yet halfway through the book, his attraction towards Leah seems to come as a big surprise to Anton himself. I wondered whether the author had, at this point, realised that Anton's creepiness had perhaps made him a little too unsympathetic for the readers, so decided to backpedal on his cold, calculating aspects...either that, or it was yet another careless inconsistency. I was also unconvinced by Leah's apparent lack of curiosity and/or suspicion about Anton's long absence, the fate of his wife, the cheapness of the rent, Leah's boyfriend's long and unexplained absences, the neighbours' ostracisation of Anton and the targeting of the house by vandals. Anyone would think that the novel were set in pre-internet times, or that Leah, age 26, had never heard of Google. All of the above was enough to put me off the book altogether. I stopped listening halfway through, fed up with the unsympathetic and non-credible characters and the cavalier approach to practical details which undermine the whole integrity of the novel. Maybe it improves vastly in the second half, and my lack of patience means I've missed a treat; but by the time I'd got halfway through, I'd ceased to care.

Curate's Egg of a Thriller