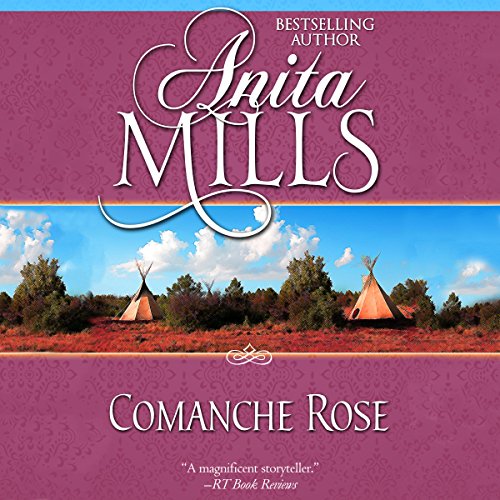 By: Anita Mills
Narrated by: Coleen Marlo
Try for $0.00

In the sequel to Comanche Moon, a devastating loss drives a woman to seek revenge. But she never expected to find love along the way.

After a Comanche war party kills her husband and infant son and steals her young daughter, Annie Bryce has nothing left to live for. Held captive herself by a brutal warrior, merely surviving every day is the only act of defiance she can muster.

Haunted by guilt for not preventing the Comanche attack on the Bryce family, Texas Ranger Hap Walker is surprised when he stumbles across the captive Annie three years later. Hardly recognizing the beaten down woman at first, he eventually brings her back to the "civilized" world, where she's met with scorn and gossip by the townsfolk suspicious of her survival. Free of her bonds, Annie finds a new reason to live with the realization her daughter is still missing but alive. Hap agrees to accompany her through treacherous Indian Territory, hopeful to be a part of the new life Annie struggles to build. In a time and place of savagey and splendor, a saga of passion and courage comes flaming to life.

What listeners say about Comanche Rose

I’ve read this before but never reviewed it so I thought I would read it again to see why I fought to do that. Should have been done then wonderful romance and worth rereading

I loved this book for many reasons: It’s about an exquisitely intelligent, brave, woman who survived the most traumatic experience one couldn’t imagine in today’s world- And A tough Texas Ranger who found a new life & the love he had been searching for- As a woman who has Indigenous American Blood From my Gorgeous mother I loved the story, characters, & the Love which caused this woman to survive her horrific trauma- I sincerely hope it’s made into a movie ‼️

A Hidden Gem from the Past

Wish the author had continued with a saga, two books with these interwoven stories and characters seems...like it is written to continue. Excellent story that is a true bingeworthy read. I would suggest both this book and Comanche Moon from the same author if you like Ride the Wind, Comanche Moon by Catherine Anderson or Comanche Moon Rising or would suggest this book and its partner/sequel for those who love any of those aforementioned books.