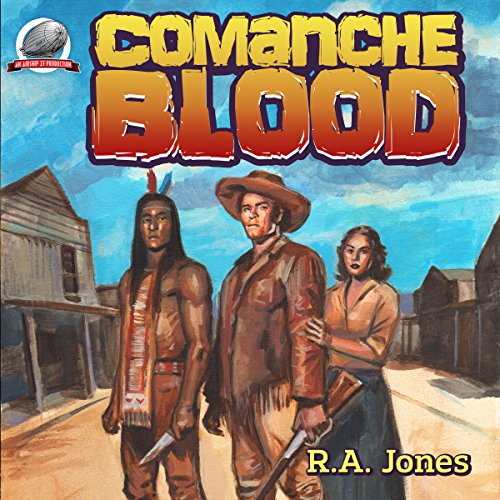 During the Civil War, young Jason Mankiller had a tattoo painted on his left check; that of blood drops falling from the corner of his eyes. Since that time, earning his reputation as a bounty hunter, he is known on the Texas frontier as The Man Who Cries Blood. In this second tale, Mankiller is on the trail of three vicious Comancheros who have been stirring up trouble between the Comanche and the white settlers of Fort Rogers. Even though the skilled hunter has the friendship of the notorious half-breed Comanche chief Quanah Parker, it is still left to him to find the renegades and prevent more bloodshed. Once again writer RA Jones weaves a thrilling adventure set against the backdrop of post-Civil War Texas, bringing to life the pioneer men and women who crossed a vast wilderness to create a new chapter in American history. Comanche Blood is a part of their story.