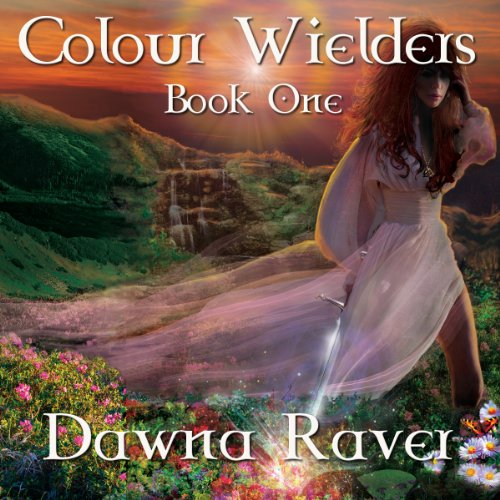 Behind the Faerying Mysts, hidden from Mortal eyes, is a land where gods and creatures of myth and legend dwell. And in the Mortal Realm, their Princess is hidden away. Quinn Sinclair lives an ordinary life with her less-than-loving mother in Conifer, Colorado, clueless of her true nature. On the night of her birthday, a staggering betrayal sends her life spinning out-of-control. As she struggles to pick up the pieces, a vision of a man with haunting tourmaline-blue eyes begs her for help, and she is transported into a Magykal battle - forever changing her life.

Arik Morgaine - Demigod bad boy and outcast of the Magykal Realm - tried to avoid contact with Princess Quinn for eighteen years, not wanting to make good on an old threat. But the fates have other plans. Arik can no longer deny his growing desire for Quinn, or the need to protect her from those wanting to control her burgeoning powers. Can the two of them come together and save the Magykal Realm from being destroyed by the Darkest of Magyks?

Faster pace and no repeating over and over

If you’ve listened to books by Dawna Raver before, how does this one compare?

Have you listened to any of Tanya Eby’s other performances before? How does this one compare?

If you could play editor, what scene or scenes would you have cut from Colour Wielders?

The story has potential, but......it is very dragged out by repeating over and over again why the colors were tainted and what dove meant and why arik doesn't like Devon, how much the whiney heroine missed her mother, that her father supposedly abounded them, and what a changeling was, how it was controlled and that Morgana is the very same from Arthur and so on and so on.
I really thought this would be right up my alley, it would have been.
I'm by no means a fan of fifty shades,but at least the flow did interest me enough to buy and read the remaining two books, color wielder doesn't even evoke the slightest interest to do so with its sequel.
I had to force myself to finish it, thinking it will pick up in pace, naw, never mind... Quinn can stay as Morgana's hostage, I give a dAng if Aric or Devon will get her, sorry, but as I said before BORING